Jye O'Sullivan, previous recipient of the Friends of York Art Gallery Research scholarship, found that his experiences opened up his approach to research, both conceptually and on a practical level.

What are you currently working on?

"I'm currently working on constructing a cultural history of the York Art School during its time within the building on Exhibition Square. Other than archival work based in the various institutions around York, such as the Borthwick and York archives, I'm focusing on constructing a very subjective view of the school, in order to better understand the atmosphere that it held and how people involved with the school interacted with the wider city of York. In order to do this, I'm not only transcribing newspaper articles to make them more readily available, but I am conducting interviews throughout the area with ex-students and ex-tutors of the school."

What experiences would you say have been most useful or unexpected?

"The aforementioned interviews are probably both of those categories. Amazingly useful in both a factual and a qualitatively subjective way. Though it is certainly worth noting that I have hugely enjoyed the involvement with the Friend of York Art Gallery, in the position of giving talks and even visiting schools, and helping produce a film, which has resulted in a level of public speaking which was unexpected, though certainly very welcomed."

Who do you work with and how does the institution make use of you?

"I work principally with Jennifer Alexander, Dorothy Nott, and Louise Wheatley. Whilst the majority of my work with the institution is developing my project, especially given the current situation of moving back into the gallery space, I am used by the Friends as a presenter, both for the members of the Friends, as well as to talk to schools and create publicity. This is certainly a role I enjoy given the large range of different people it allows me to meet, and the undoubted improvement in different forms of public speaking that it's facilitating."

What do you value most about your experience with the institution?

"The challenge of being given a task with very little prior existing research, and tackling this as a personal project with a huge scope for development, and as a result, having to adapt my research methods to include ones normally outside of the discipline of Art History in its academic sense."

How has your work with York Art Gallery enhanced your studies at York?

"Having to consider these different research methods has undoubtedly changed the way I think about approaching a research question. It has opened up my conception of what research can consist of, and developed my capabilities of these practical methods which will undoubtedly be of use in the future. In addition to this, it has been hugely beneficial for my increasing focus on architecture to look at the gallery building in a different light, which in turn, has changed the way I see many of the buildings in York."

Do you feel it has been helpful with career planning or improved your job prospects, and if yes, how?

"I think it is impossible for it to not contribute to my, or another other student's, job prospects, both in respect to it being a very impressive credential on a CV, as well as the large variety of different modes of thinking and practical methods which I previously described. In addition to this, whilst I don't currently have a goal of working within a gallery institution, the experience as a whole has hugely helped my want to independently write articles, as well as go on to a PhD in the future."

Would you recommend it to future students? 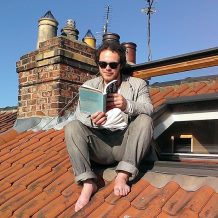 I valued the challenge of being given a task with very little prior existing research, and tackling this as a personal project with a huge scope for development