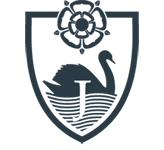 The College Council is responsible for the formulation of policy and for overseeing the day-to-day running of the college.

The College Principal or their delegate takes the chair. Its members consist of executive members of the Junior Common Room Committee (JCRC), college staff including tutor and administrator, those with responsibility for local facilities and services (facilities, catering, bar), representative of adjacent academic departments, and community members.

The Council meets at least once each term. Any College member who so wishes may attend the meetings and can find out when they are by emailing the college administrator.

All undergraduate members of the College, both resident and non-resident are member of James Common Room. Each year the common room elects a committee, which consists of a number of distinct roles and responsibilities.

The committee is an autonomous, student-elected body and it represents the wider student body of James College, organises events, acts as a vital link between the undergraduate body and the College Team.