The story of Edward Hewitson

Edward Hewitson of Over Poppleton, near York, appeared in the court of the Dean and Chapter of York Minster in the last months of 1516. The case was known as an office case – that is one in which the accused was prosecuted by the court rather than by another individual. The court books (which recorded which cases appeared at each hearing and what happened in court) do not give details of his crime. Some of the papers for his individual case survive, however, and these, although damaged, make it clear that he was accused of repeatedly committing the 'detestable sodomitical sin against human nature' with other men for a period of 14 years. The surviving records give details of the accusations made against him with notes of his responses to these statements, including the fact that, although he began by denying all the charges, he did confess that he had in the past admitted committing this 'sin' and had performed public penance for it. This meant that he had to walk in procession around the church at Over Poppleton and the church of St Mary Bishophill in York, dressed in a sheet. This would have taken place during the weekly church service so many people would have seen him and known he was performing penance. 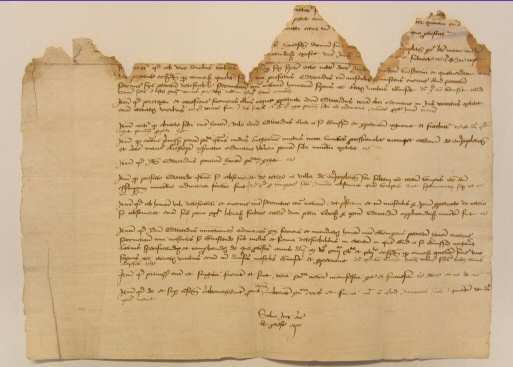 These accusations were backed by the accounts of witnesses called by the court. The witnesses would have been read the accusations being made and their encouraged to give an account of any relevant information, which was copied down. In the fourteenth and fifteenth centuries these witness accounts would have been translated into Latin for presentation in court. By the sixteenth century when this case was heard more written accounts were being produced in English. In this case the accounts waiver between the two languages, with a few words in Latin followed by some in English. These witness accounts are badly damaged on one side, breaking up the narrative, but it is still possible to get a sense of these men's stories.

The first two witnesses were Ralph Falowfeld and Francis Mane. Images of their accounts are reproduced below. 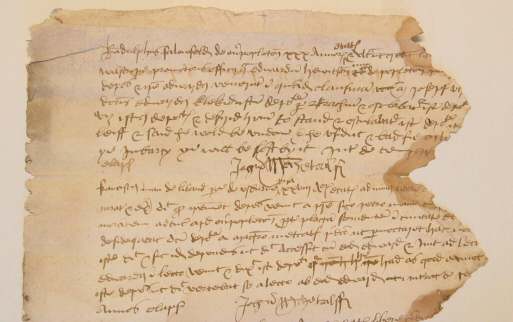 Robert Hay was the third witness and at the bottom of his account is a note that all the first three witnesses appeared on 15 January – the year is missing but must have been 1517 from other evidence. Robert's account is reproduced below.

George Browne and Robert Carrok were the final two witnesses. Below is an image of George Browne's account. 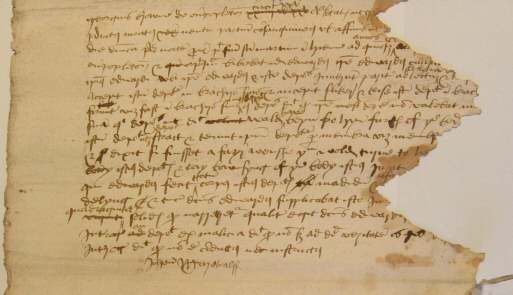 We do not know how this case was resolved: the court book demonstrates that it continued in the court for several months but we have no record of a sentence given. The Church Courts could provide very little in the way of punishment and the strongest sentence which it could have passed would have been one of excommunication. This would have involved refusing Edward Hewitson the right to enter a church, and perhaps isolating him in his village so that he was not spoken to by his neighbours. If Edward repented and performed a penance these bans would have been lifted. Edward was fortunate: from 1533 sodomy became a crime which could be tried by the secular courts and those convicted were hanged.