We are proud to be able to offer access to our materials to a range of projects and individuals, whether this is in person or through our digital resources. Find out how to access these digital resources here.

We have created six resource packs for teachers based on items found within our archives. They have been specfically designed to tie in with the National Curriculum for Key Stages 2, 3, and 4.

The resource packs include topics such as Medieval artwork, the trans-atlantic slave trade, advertising techniques, the history of Heslington Hall, and Sir Alan Ayckbourn.

The Retreat archive can be explored using the Borthwick Catalogue where links to the digitised content hosted by the Wellcome Collection are now available.

We were pleased to have been invited by the Wellcome Trust to be a part of a large digitisation project which aimed to provide online access to the records of several private mental asylums across the UK. Our contribution to this project was to digitise the archive of The Retreat. 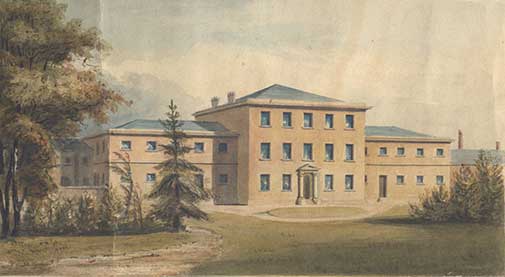 The Retreat Archive relates to the one of the most important institutions in the care and treatment of mental health patients. The Retreat was founded by the Society of Friends and opened in 1796. The archive itself includes administrative, financial, staff, estate and patient records and consists of bound volumes, loose papers, maps, photographs, artefacts from the museum and a small number of paintings.

"The Retreat is one of the more heavily used archives in the searchroom here at the Borthwick and it is fantastic to have the opportunity to make it available online to a wider audience. Researchers now have the opportunity to cross search the Retreat archive with documents from comparable institutions in the UK, increasing its value as a resource for research." Jen Mitcham

We have published information about the project and the contents of the archive in several blog posts.The Retreat archive currently occupies over 98 linear metres of shelving in our strongrooms. The digitisation project has produced over 650,000 digital images and took three digitisation staff over two years to complete.

The Archbishops’ Registers held at the Borthwick Institute record the formal acts of the Archbishop of York, dating from as early as 1225. They are the earliest systematic records of the archbishops’ office, and document the government of the Church, the management and staffing of parishes and the Church’s oversight and regulation of the moral and spiritual conduct of the mass of the population across Yorkshire, Northern England and beyond.

As can be imagined, the registers deal with a range of subject matter, including:

The registers are key sources for the study of medieval and early modern religious and political history, for art and buildings history, for studies of the historic environment, and for legal and economic history, to name but a few of the areas covered.

For further information about our work with these registers, click here.

We are very pleased to acknowledge the support of the Andrew W Mellon Foundation, who funded the cataloguing project June 2007-2010, and the JISC Rapid Digitisation programme 2011, which funded the imaging of the records March-July 2011. The Cause Papers are case records created by the ecclesiastical courts of York 1300-1858, to be searched by type, date of case, names of individuals involved in the case as witnesses or parties and places mentioned in the records. In many cases, images of the documents themselves are also available to view

Both projects were managed by the Borthwick Institute for Archives. Technical services have been provided by the HRI Digital at the Humanities Research Institute, University of Sheffield.

Read all about the project and the technical methods used here.

For our Research Guide on the Cause Papers, including an explanation of how the courts worked at York, a glossary of terms relating to the church courts, and an example case, click here.

Equality in the Archives

The Borthwick's archives stretch in date from the 12th to the 21st century and include the records of an extraordinary range of organisations and institutions.

But many of the our collections are under-exploited by those seeking to explore the history of human diversity, whether students or researchers. 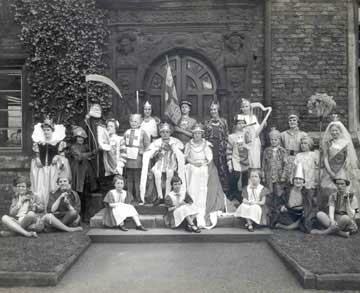 The guides cover the following areas:The guides below include information about the type and range of information which can be found in the Borthwick and examples of how the collections can be used in research, teaching and learning to trace the history of individuals, organisations and ideas.

This project was funded by the University of York's Equality and Diversity in the Curriculum Project. 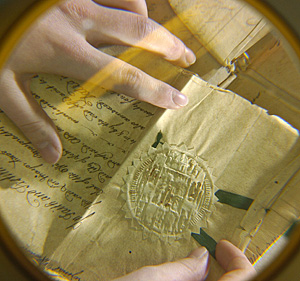 This Heritage Lottery funded project which ran in 2007 to 2009 in partnership with the Harewood House Trust aimed to conserve, preserve and make available a startling discovery of fragile manuscripts detailing the Lascelles family's involvement with slavery.

This project concerns the Lascelles Slavery Archive, which documents part of the history of Caribbean Slavery at the end of the 18th century.

The conservation project is documented in more detail on the project website.

, 212kb)also contains transcripts and commentaries on the documents, as well as images of them. For further information about the project including images of conservation in progress and of several of the manuscripts, see: