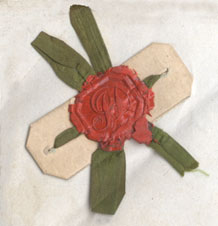 Probate Records at the Borthwick: an introduction to the various courts and their jurisdictions.

Before January 1858 a complicated network of probate courts existed to deal with the distribution of property following a person's death. The majority of business took place in the courts of bishops, with each bishop enjoying probate jurisdiction within most of his own diocese.

The right to grant probate could, however, be attached to peculiar jurisdictions, or to manorial courts, presided over by ecclesiastical or lay lords. These jurisdictions sometimes covered only one village, but could cover wider areas.

There were in addition two higher levels of jurisdiction above each diocesan bishop.

This system was dismantled in 1858, when civil probate registries were established. Copies of probate records can be ordered from Probate Searches and Copies Department, Leeds District Probate Registry, York House, York Place, Leeds, LS1 2BA. Please consult the website of the Probate Service for further details. Copies of the indexes are available at the National Archives.

The National Library of Wales, Aberystwyth, SY23 3BU, holds volumes of copy wills from 1858-1940. Scottish wills are held by the National Archive of Scotland.

The Borthwick holds the vast majority of probate records for Yorkshire before January 1858. The major exceptions are:

Exchequer and Prerogative Court of York

The extent of the jurisdiction of these courts is not entirely clear, especially in the medieval period, but a general outline can be drawn.

The exchequer court exercised jurisdiction over lay men and unbeneficed clergy (that is who were not rectors or vicars), who had goods in the diocese of York.

Note that until 1837 Nottinghamshire was part of the diocese of York, and wills were proved at York. However, all original probate records proved in the Exchequer court have now been transferred to Nottinghamshire Archives. Registered copies of these wills, however, remain at the Borthwick.

Original wills in the Exchequer court exist from 1427, but there are very few until 1591. After 1630 their survival is fairly complete. Registered copies of wills exist from 1389-1858, but there are some gaps in the 15th and 16th centuries, as well as for the Commonwealth period. 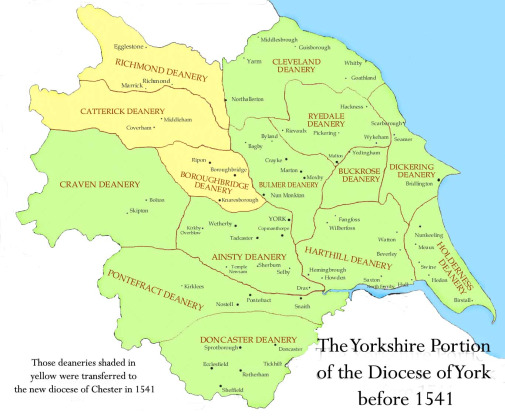 The chancery court exercised probate jurisdiction over beneficed clergy of the diocese and during episcopal visitations, that is when the bishop made a special inspection. However, is seems that from about 1822, wills of beneficed clergy were proved in the Prerogative Court. Original wills survive from 1535-1857, and registered copies in the archbishops registers 1316-1858. Grants of administration, recorded in the Chancery act books survive for the years 1525-1855.

Volume 73 of the Yorkshire Archaeological Record Series contains an index to the original Chancery wills, erroneously entitled Consistory Court wills. However, the volume is misleading in two ways, firstly some of the material indexed here has been subsequently found to have been proved in the exchequer court and secondly, more chancery material has been found that has not been included in this volume. An index to the registered copies of the chancery wills 1316-1822 is printed in volume 93 of the Yorkshire Archaeological Record Series. Further indexes are available at the Borthwick.

As well as vacancy jurisdiction, the Dean and Chapter also had its own peculiar jurisdiction over about 15 parishes in Yorkshire, 14 in York City, 6 in Nottinghamshire and 3 in Lancashire, and exercised probate jurisdiction in other peculiars in the diocese when undertaking a visitation of them.

Probate Records from other Parts of the Northern Province

The Prerogative Court of York had jurisdiction over cases in which the deceased had left goods in more that one of the northern dioceses, that is the dioceses of Durham, Carlisle, Chester. If a deceased person had goods in only one of these dioceses his probate would have been dealt with by the appropriate diocesan probate courts.

Probate Records from the Southern Province

The best place to start looking for probate records is in the relevant County Record Office. The highest level of jurisdiction in England and Wales was the Prerogative Court of Canterbury.

For a summary of this information in pdf format: