The story of Anne Lister

The story of Anne Lister provides a good example of a well-known woman whose story has to be traced through both her own records and the standard sources for family history. Anne Lister of Shibden Hall, near Halifax, lived between 1791 and 1840. As inheritor of Shibden in 1836, Anne, with her architect John Harper, carried out extensive work on the building, but she is famous today not for her work as a nineteenth-century female landowner but for her diaries, in which she detailed, in code, her love affairs with several women. The first of these, Eliza Raine, she met in York at the Manor School (now King's Manor, part of the University of York). More serious was her relationship with Mariane Belcombe. Mariane was the daughter of Dr Belcombe of York, once physician to The Retreat who had a private asylum from 1813: one of the original bills for this is reproduced here: 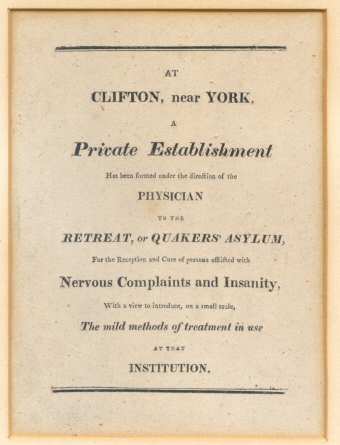 This was, in fact , the asylum in which Eliza Raine was kept after she was declared insane in 1814.

Mariane was lost to Anne when she married Charles Lawton by licence in 1816, although the two continued to meet for some time and to hope that they might live together in the future. The marriage allegation and the entry for Mariane and Charles' wedding, in the church of St Michael le Belfrey, York are given below: 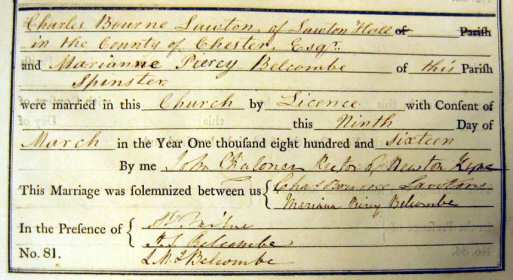 Anne's final partner was Ann Walker, the heiress of a nearby estate. After exchanging rings and making marriage vows to each other as a sign of their commitment, they sealed their union by taking the sacrament together at an Easter service in Holy Trinity Church, Goodramgate, on 30 March 1834. This ceremony was not considered an official marriage, and no records of this act exist other than in Anne Lister’s diaries. Anne Lister died of a fever in September 1840 in Koutais, Russian Empire – modern-day Kutaisi, Georgia, during a trip to the Caucasus mountains. As a major landholder known within Yorkshire and beyond, her will was proved in both Canterbury and York and a copy of this very extensive and detailed document is available in the Borthwick Institute for Archives.

Anne Lister’s last will and testament gives researchers an idea of how careful and accurate she was when it came to managing her estate and making sure that her wealth was distributed between the people she named. 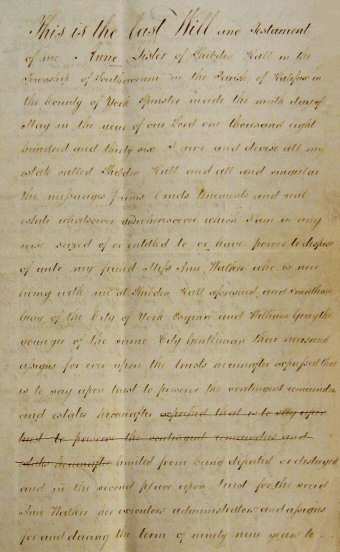 Anne left Shibden Hall to Ann Walker, but Ann was not the true owner of the estates, and could only reside freely, manage and receive rent. An interesting condition is mentioned in Anne Lister’s will – Ann Walker could use Shibden Hall and receive rent, as well as make informed decisions on renovating it (but not changing the look of it radically, and not demolishing anything, unless after an informed consultation with a professional architect) only if she did not marry. This way, Anne Lister ensured that the family seat remained in the family – after the death of Ann Walker it was to pass to Anne’s cousin John Lister. While Anne never explicitly mentioned her relation to Ann Walker in the will, calling her a ‘friend of mine who resides at Shibden Hall’, the placement of Ann Walker as the first person mentioned on the first page of the will, where usually a spouse or next of kin would be placed, implies heavily of the nature of their relationship.

Despite the fact that Ann Walker had periods of mental ill health, and at one point had been declared ‘of unsound mind’ (which would have prevented her from making a will) a copy of her last will and testament is available at Borthwick Institute. Like Anne Lister, her will also had to be proved in Canterbury and York due to the size and location of her estates, so what we hold at the Borthwick is likely to be a copy. She made the will the year after the death of Anne Lister, in May 1841 – thirteen years before her death, and only a month after Anne's burial in Halifax Minster. In Walker’s will she is called ‘Ann Walker of Shibden Hall in the parish of Halifax’, showing she was still the occupant of the estate, and Anne Lister is mentioned as her ‘late friend Mrs. Anne Lister’, despite the fact that Anne Lister was not legally married. Whether Walker addressed her lover as Mrs in recognition of the marriage vows they had made, and the sacrament they had taken together in the church in Goodramgate, York, or whether she used the title as a sign of respect to a well-known landowner is up for interpretation.  Walker left the part of Anne’s inheritance she owned to Marian Lister, Anne’s sister, and ordered her a yearly allowance of £300, so long as she remained unmarried, as well as re-proving Anne’s will and declaring Shibden Hall would go to the Lister family.

Anne Lister's diaries and letters are held by the West Yorkshire Archive Service, with further details and images available on their blog.