The old adage of use it or lose it doesn’t appear to run true when it comes to someone's ability to retain and use a foreign language, a new study has revealed. 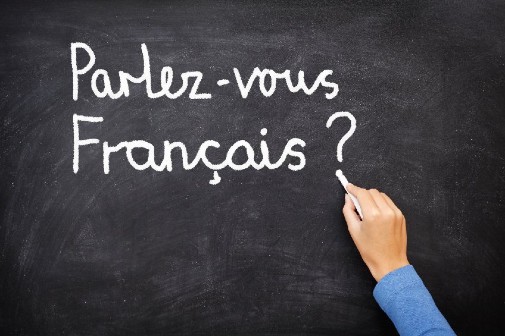 Participants in the University of York study were tested on their French 50 years after they last sat an exam - and were found to perform at the same level as recent students.

The team tasked almost 500  people who had taken French GCSE or A-level between the 1970s and 2020 with completing a French vocabulary and grammar test.  They included a survey of whether participants had used their French knowledge over the years since their exams, and excluded anyone who had studied a language later on in life.

They found that there was no change at all in language proficiency over time. Participants who had taken their exam 50 years ago and not used French since performed at the same level as recent school leavers, and as well as those who did, on occasion, use French.

The study also showed that in times of particular need, such as issues at an airport or in health emergencies whilst overseas, participants were able to recall the correct foreign language words at short notice, suggesting that the brain only needs a small amount of motivation to recall this language learning.

Professor Monika Schmid, Head of the University of York’s Department of Language and Linguistics, said: “We often say if you don’t use a language, you will lose it, but this doesn’t seem to be the case. The knowledge of language is astonishingly stable over long periods of time, compared to other subjects such as maths, history or sciences.

“This is likely because of the way language is stored in memory. Vocabulary is memorised in the same way that facts, dates and names are, for example, and whilst this memory is vulnerable to erosion, grammar is learned in a similar way to riding a bike - a kind of muscle memory, which is much more stable.

“Vocabulary knowledge, on the other hand, exists in a densely connected network, which means that we need only be reminded of a word that sounds similar to a foreign language word for our brain to recall it - a slight nudge in the right part of the brain and it comes flooding back.”

Researchers describe this system as a ‘language net’ whereby it only takes one word stored in one part of the net, even if this is a word spoken in the home country language, to stimulate other parts of the ‘net’ where foreign words may be stored. These small, but regular stimuluses, over time, keep foreign language skills ‘awake’ in the brain, even if the person is not using them.

“If you hear the word ‘apple’ in English, mental representation of the word ‘pomme’ for apple in French will get a small amount of stimulus each time you say it in English. This stimulation is even higher if the two words sound similar in both languages.”

Researchers highlighted, however, that  people will not suddenly find themselves fluent in a foreign language after years of disuse, but the study does suggest that the basics for the language remain in the memory, and therefore it would not take a great amount of learning to pick it back up again at the point where it was left off.

Professor Schmid is now investigating whether language revival programmes could be developed to reactivate and build on the knowledge most people still have, rather than directing people to start language learning from scratch as most language courses do.

Professor Schmid said: “Many people are put off revisiting languages they once learnt as they fear they will be forced to relive some of the more ‘boring’ elements of the courses, such as grammar, but our work suggests that this would not be necessary. We hope that it might encourage more people to pick foreign languages back up if they knew it would only take a short amount of time in refresher lessons to bounce back to the original level.”

The research is published in the journal Language Teaching.