A stark digital skills deficit among people with severe mental illness means they struggle to access key services which are increasingly online, according to research by scientists at the University of York. 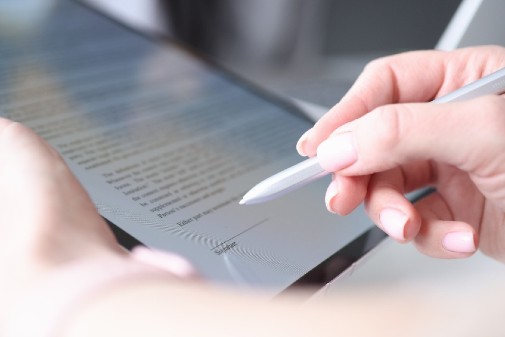 The study found that adults with conditions such as schizophrenia or bipolar disorder are more likely to lack digital skills and are at risk of greater social isolation due to the digitalisation of services including health and social care, a trend that gathered pace during the Covid-19 pandemic.

The Skills and Proficiency in Digital Essential Requirements (SPIDER) study by a team from the University’s Department of Health Sciences assessed the digital skills of 249 people aged between 21 and 84 with severe mental ill health.

The study, published in Perspectives in Public Health and supported by the NIHR Yorkshire and Humber Applied Research Collaboration, found that 42.2 per cent of participants did not have a basic ‘foundation’ level as defined by the Government’s Essential Digital Skills (EDS) framework. The EDS sets the standards for all formal digital skills training programmes in the UK.

Foundation Skills tasks that participants were most often unable to perform were updating and changing passwords and using device settings to improve usability. Older people, those not in work, without home internet access or with a psychosis-spectrum disorder were at greatest risk of lacking basic skills.

The researchers also found that people with severe mental ill health were twice as likely to experience a deficit in either Foundation or Life Skills (46 per cent) compared with the general population (22 per cent).  Employed participants were more likely to have Foundation Skills though employment is less common among people with severe mental illness.

Though most people in the study (85.9 per cent) owned a digital device, this on its own did not appear to reduce digital exclusion.

Lead researcher Dr Panagiotis Spanakis, from the University of York’s, Mental Health and Addiction Research Group, said: “Digital exclusion is increasingly concentrated in vulnerable populations including older people with severe mental ill health who are likely to be heavier users of healthcare services. The increasing delivery of health services online will mean those who are digitally excluded will be unable to access them.

“Tailored training in digital skills for people with severe mental illness along with confidence-building and motivational measures would help to address digital exclusion.”

The SPIDER study team is drawn from the Mental Health and Addiction Research Group in the Department of Health Sciences at York. The group is part of the Closing the Gap network which aims to tackle health inequalities in people with severe mental illness.

Professor Simon Gilbody, director of the Mental Health and Addiction Research Group, said “With the drive towards comprehensive digital healthcare within the NHS, the importance of digital inclusion for health and social care should be acknowledged. Reducing the digital divide has the potential to diminish health inequalities.”

For more information about the University's work in mental health visit our Institute of Mental Health Research website. Research at the Institute aims to improve the lives and care of people affected by mental health difficulties, and mitigate the impact on individuals, families, the NHS, the workplace and whole communities.