Women are homeless in greater numbers than has previously been assumed, new research shows

Women's homelessness occurs at a far greater scale than is recognised and systemic failures leave many in a “state of survival,” new study reveals. 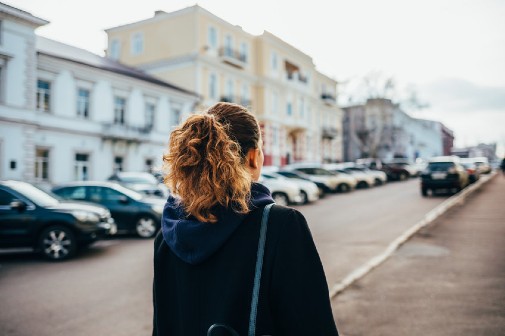 The report makes recommendations nationally for system change in the way homelessness and domestic abuse services are designed, delivered and commissioned.

The report, from the University of York and London-based homeless project, Fulfilling Lives in Islington & Camden, says that while the research was conducted in the capital - women’s homlessness is a national issue.

Researchers say existing recording and counting systems in England do not accurately record all the women experiencing homelessness. However, pre-pandemic data indicates at least 14 per cent of rough sleepers in England are women.

Lead author Joanne Bretherton  from the  Centre for Housing Policy  at the Department of Social Policy and Social Work said: “Women experiencing homelessness are living in a state of survival, often without access to services and in high-risk environments where they are frequently subjected to violence and abuse”.

Professor Nicholas Pleace, Director of the Centre for Housing Policy added:“The nature and extent of women's homelessness has long been misunderstood. Women have been neglected and let down by the systems that should have been there to support them.”

Over 100 women who were homeless took part in the research. One woman recounted  how she had resorted to, "walking around all night, going on buses, sleeping in hospitals... sleeping alone in woods.”

Drawing on existing and previously unexplored data as well as lived experiences, the report makes recommendations nationally for system change in the way homelessness and domestic abuse services are designed, delivered and commissioned.

Researchers concluded that the current system is shaped in a way that overlooks women's homelessness - the definition isn’t inclusive of all types of homelessness, counting focuses on environments which women often avoid, and research has previously oversampled men. This results in women living in a state of survival, often without access to services and in high-risk environments where they are frequently subjected to violence and abuse.

Lucy Campbell, Operational Development Manager at Fulfilling Lives in Islington & Camden added:  “The women we support report feeling judged and stigmatized when experiencing homelessness – we need to raise awareness of the fact that women experiencing homelessness have almost always been subjected to violence and abuse, repeated trauma, societal inequality – and that they are survivors, who need support which fully understands and responds to their experiences.”

Among its recommendations, the report calls for an effective response to women’s homelessness centres on ensuring recognition and understanding of women’s needs, and in being prepared to create strategy and adapt systems to support these needs at both local and national levels. Researchers also say the connections between domestic abuse and homelessness need to be fully recognised.

The full set of recommendations and findings, alongside insights of lived experience and data on women’s homelessness can be read here