The results of a major archaeological dig – which included the discovery of a 2,500-year-old brain - on what is now the University of York’s Campus East have been published.

A masonry-lined well dating to the 4th century CE was found in the course of excavation. Image credit: University of York.

During the six-year dig archaeologists discovered thousands of artefacts and revealed one of the largest exposures of prehistoric and Roman activity in the immediate vicinity of York.

The discovery of the brain generated headlines around the world when it was discovered in 2008, with archaeologists suggesting it may have been the result of a gruesome ritual.

The decision by the University of York to expand onto a new area of greenbelt adjacent to the original 1960s campus generated a need for archaeological evaluation.

The project, which began in 2003, used a combination of commercial organisations, local community groups, academics and more than 400 University of York undergraduates who cut their archaeological teeth at the site. 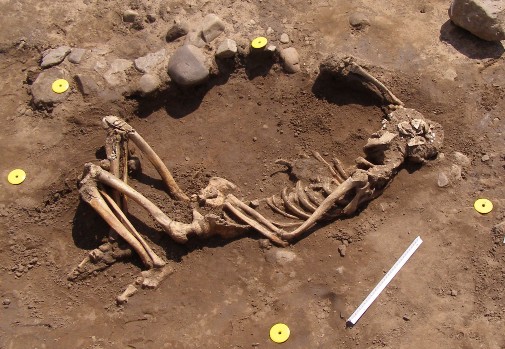 The results of the project have now been published in the journal the Society of Antiquaries of London.

Lead author Steve Roskams, from the University’s Department of Archaeology, said: “This report is the end result of work that started 20 years ago when plans for the campus expansion were first put forward.

“It has revealed a multi-period landscape, from the Neolithic period right up to the modern day. There are not many sites which give you this much archaeology over such a prolonged period.

“This was a complex and fascinating project that has helped us shed new light on York’s rich Roman past and helped us rewrite the story regarding the Vale of York’s prehistory.”

The project will make the archives accessible through the Archaeological Data Service and the Yorkshire Museum, hopefully with a physical exhibition at the Museum in the future.