A mystery condition that can leave sufferers with unexplained paralysis is being investigated in an innovative new study led by the University of York. 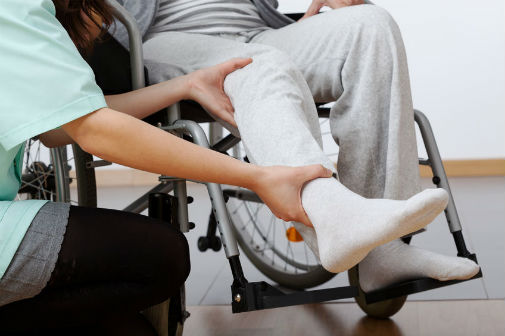 Symptoms include sufferers finding themselves suddenly unable to walk, talk or see.

Conversion disorder, also known as functional neurological disorder, affects around 800,000 people in the UK and causes physical symptoms that would appear neurological but doctors can’t find an injury or physical condition to explain them.

Symptoms include sufferers finding themselves suddenly unable to walk, talk or see. The condition can be temporary or permanent.

Initial research suggests that conversion disorder could be linked to high levels of inflammation in the blood or also be stress related. Patients can also suffer from memory and concentration problems.

Professor Christina van der Feltz-Cornelis from the Department of Health Science said: “This is a profoundly difficult condition for people to live with and one which is overlooked because the medical profession doesn’t have the answers.

“Some doctors and researchers think it develops as a way for our brain to deal with emotional trauma or stress. However, that seems to not always be the case. An unrecognised inflammation reaction in the body and brain might play a role, but we do not know for sure. It is also known that stress and trauma can launch long-term inflammatory reactions, which by affecting brain functioning in complex ways might provoke physical symptoms. The concentration problems might be associated with the physical symptoms, but again we do not know the details.

“Treatments given to people with conversion disorder often do not help a lot with the symptoms. We need to find out more about the causes of the disorder so that new treatments can be developed, which we aim to do in the future depending on the results of this first study.”

Former sufferer, Deborah said: “I recovered after extensive treatment but I used to faint and fall several times a day. It was very frightening. I spent 10 months on a hospital ward because my body had failed me. I have now recovered and am just daring to move forward with life, despite fears and insecurities about what has happened to me.”

If you are effected by a functional neurological condition and would like to take part in this study https://www.york.ac.uk/healthsciences/research/mental-health/projects/cando/