Detention under the Mental Health Act has become an overused last resort, according to a survey of mental health professionals. 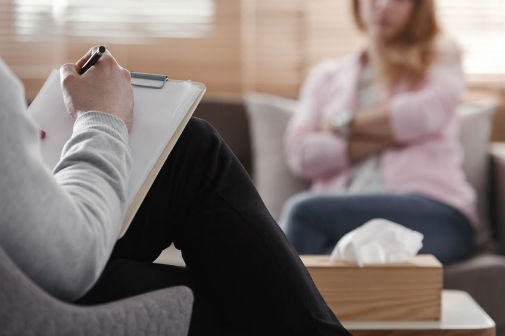 According to the research by the University of York, factors including overstretched mental health services and a deterioration in social structures are leading to increasing numbers of people being detained in hospital under the Mental Health Act.

The findings are based on interviews and a national survey with Approved Mental Health Professionals (AMHPs) – the professional group, predominantly comprised of social workers, who carry out assessments under the Mental Health Act to determine whether someone requires compulsory hospital admission.

In a series of interviews and a national online survey, AMHPs were asked to draw on their experience in administering the Mental Health Act to consider why they feel detentions are rising and what they believe could be done to reverse the trend.

In considering why the number of people admitted to hospital against their will is increasing, AMHPs cited:

The study found the majority of AMHPs recognised and were worried about the trend of increasing detentions under the Mental Health Act, and agreed that the Government was right to try and do something about it. However, whilst AMHP’s supported the intention, they generally disagreed with the Government’s approach of suggesting changes to legislation as the means of addressing this issue.

The Government commissioned an Independent Review into uses of the Mental Health Act last year and made a number of recommendations for changes to mental health policy and practice.  However, AMHPs in the study advocated instead for investment in resources such as preventative services which promote greater social inclusion and interaction to help reduce the number of people experiencing mental health crises.  They also recommended changes to acute services such as increasing the numbers of non-medical and crisis houses, to offer an alternative to hospital admission for those in crisis.

Study author, Michael Bonnet, graduate from the Department of Social Policy and Social Work said: “Our respondents in the study viewed the problem of rising detention rates as symptomatic of a bigger issue: an unprecedented and unsustainable demand for mental health services, caused in part by a deterioration in the social structures that help people to stay well, leaving services perilously stretched at precisely the point they are most needed.

“Our research concluded that, within this context, use of the Mental Health Act has become an overused last resort, not by design, but by necessity.”

Michael – who is a social worker – graduated from the Think Ahead Programme, which is run in partnership with the University of York’s Department of Social Policy and Social Work.

Co-author Dr Nicola Moran from the Department of Social Policy and Social Work said: “What makes this study interesting is that Approved Mental Health Professionals (AMHPs) are the professional group responsible for determining whether someone requires compulsory admission to hospital.  Despite this fact, previous research has failed to seek their views, instead focusing on psychiatrists’ views.”

A new report out by the Care Quality Commission last month showed that the use of the Mental Health Act continues to rise with around 50,000 detentions to psychiatric hospitals made under the Act last year.

The full paper, “Why do approved mental health professionals think detentions under the Mental Health Act are rising and what do they think should be done about it?” is  published in The British Journal of Social Work