New insights into the domestic life of philanthropist, Joseph Rowntree and his family, have been revealed in letters written by the women closest to him. 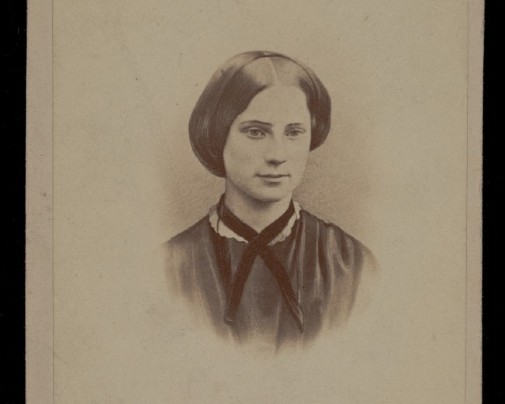 Joseph’s first wife, his mother and sister, were prolific writers and their letters - catalogued by the University of York - offer revealing vignettes of family life.

They include hundreds to and from Joseph’s first wife, Julia Seebohm who died three months after giving birth to the couple’s daughter, Lillie. The seven boxes of correspondence also include many from his mother, Sarah, and sister, Hannah who stepped in after Julia’s death to run the household.

The collection contains some letters from Joseph, including a carefully penned marriage proposal to Julia’s parents. They also include the couple’s notes written to one another during their short marriage about daily domestic arrangements during long days apart when Joseph was working at the family grocery business.

The letters reveal the devastation felt by Joseph and his family after Julia’s death aged 22 and how his mother and sister stepped in to run the household and raise their daughter. The correspondence continues between the wider Seebohm and Rowntree families as they suffer further tragedy when Lillie dies of Scarlet fever, aged six.

Dr Sally-Anne Shearn, archivist for the Borthwick Institute for Archives at the University of York said: “This collection gives us a very poignant and touching insight into the real domestic details of the lives of the family. The female members of the Rowntree family were prolific letter writers. Thanks to the preservation and cataloguing of these letters we can begin to know Julia a little better, not solely as the ‘tragic lost wife’, but as a daughter, sister, friend, partner and new mother.

“We have 187 surviving letters between Julia and Joseph and the fact that they have survived in such good condition, suggests they were cherished by Joseph and Julia’s wider family. They reveal a deep love and affection between the couple.”

The letters also reveal the private side of the York businessman and social reformer, who demonstrates a deep affection for his fiancée, at times tempered by his Quaker roots:

‘[...] As to thy wedding dress, darling, thou will look so well in anything that it does not make much matter what thou has (within certain limits). I have no obligation to a white silk & it seems as though this might save a good deal of trouble. [...]’ 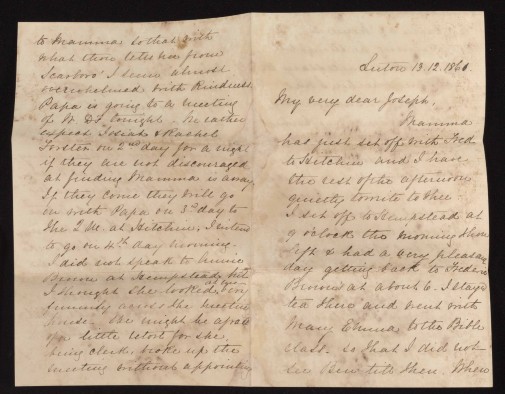 A letter written by Julia to Joseph only a few weeks after they became engaged reveals her happiness:

“When we were at home in the evening he[Julia’s brother Benjamin Seebohm] thought it was quite unnecessary to ask me whether I was happy, so I suppose my face betrayed my feelings as I believe it generally does. I do sometimes feel as if I could not be thankful enough for such a friend as I feel I have in thee - however unworthy I may still feel of so much love.”

The letters from Joseph to his sister, Hannah are particularly warm and affectionate, addressed usually ‘to my dearest Hannah’ ‘with ‘very dear love from thy brother, Joseph’ and covering all sorts of subjects from family news to book recommendations and parliamentary debates. In a letter written in 1907 he acknowledged the great personal debt he owed her:

‘When I read thy letter yesterday I felt that the great balance of indebtedness was from me to thee. I think of thy thoughtful & tender consideration in the years following Julia’s death & of thy constant care to see that the bonds of our family circle are kept strong’ [Joseph Rowntree to Hannah Gillett, 1907]

Dr Catherine Oakley of The Rowntree Society said: “The letters were handed to us from family members, and we’re delighted that they are in the care of the Borthwick and have now been catalogued. The most well-known figures in the history of the Rowntree family are men. The conventions of the era dictated that men of status occupied roles of formal authority at home, in business and in wider society, and their lives have been documented accordingly.

“However, these letters offer rare insights into the experiences and feelings of Rowntree family women in their own words, and demonstrate the importance of their domestic and care work.”

Joseph Rowntree was born in York in 1836 and was the son of grocer, Joseph Rowntree senior. He joined the family business before taking over the running of Rowntree’s chocolate factory when his brother, Henry died in 1883. He became one of the country’s leading philanthropists and advocates for social reform. Joseph did marry again to Julia’s cousin, Emma Antoinette Seebohm in 1867, and they had six children.