An MA student from the University of York has discovered the earliest known Church of England anthem composed by a woman. 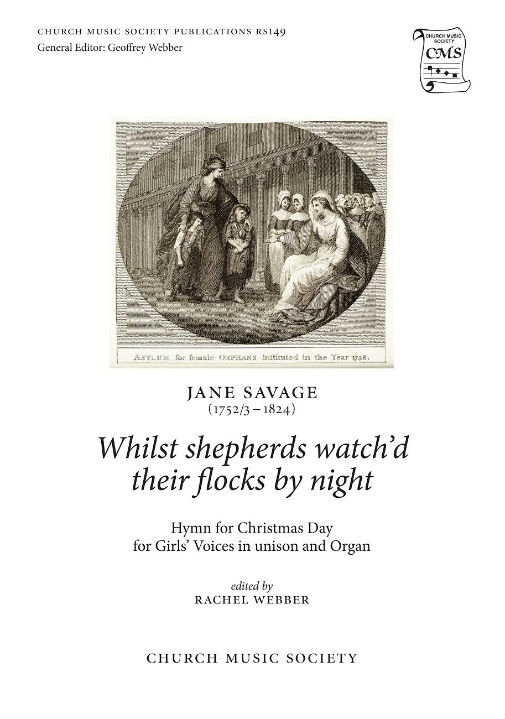 Rachel Webber, who has just finished her MA in Musicology at York, was carrying out research into the musical life of charity hospitals when she came across Jane Savage’s Hymn for Christmas Day in the digitised archives of the British Library.

Ms Webber’s dissertation was about the musical opportunities for girls and women at the 18th Century London charity institutions, with a focus on The Asylum for Female Orphans and The Magdalen Hospital.

One of the most famous charity hospitals is the Foundling Hospital, known for its connection with George Frideric Handel, who gave annual performances of his Messiah there.

Jane Savage (1752-1824), the daughter of one of Handel’s friends and colleagues, was a reasonably prolific composer of drawing-room pieces for keyboard and voice.

Ms Webber said the significance of these London hospitals to the history of church music, and specifically to that of women as musicians and composers, is only now beginning to be fully appreciated.

Ms Webber, who works as a music administrator and editor and is a member of a church choir, said: “Originally I intended just to write about the singing of the girls’ choirs at such institutions, but when I was looking at the one 1785 collection of music for The Asylum, I was shocked and thrilled to see an extended piece with the popular hymn/carol text of While shepherds watch’d their flocks by night by a ‘Miss Savage’.

“I quickly consulted Grove music dictionary and realised that this was Jane Savage, an active composer at the time. To my further surprise, the article in Grove about Jane Savage was written by my supervisor at York, Professor Rachel Cowgill who was also really excited about the discovery.”

Ms Webber said at the time, cathedral music was an exclusively male preserve, with only boys in the choir, and men playing the organ.

She added: “But women could and did write music for the charity hospitals, to be performed by women and girls. And it’s interesting that whereas cathedral music at the time tended to hark back to the baroque style of composers such as Handel, the music for the hospitals was more progressive, looking forward to the classical style.”

Jane Savage’s anthem has now been published in the Church Music Society.

The girl choristers of Ely Cathedral will sing Jane Savage’s Hymn at their carol concert on 21 December.