Exclusions in English schools should be used as a last resort

Exclusions are often an ineffective deterrent to bad behaviour in the classroom and can exacerbate feelings of rejection and isolation, researchers argue. 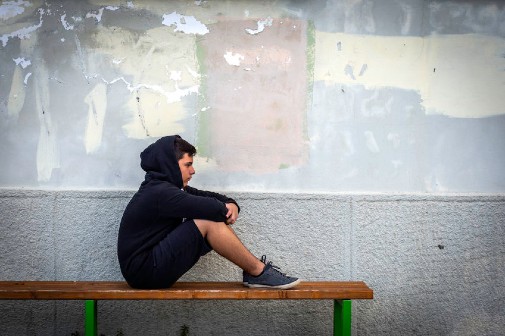 The research – involving academics from the University of York – also says that schools need extra support if they are to implement ‘wide, systemic reform’ to ensure children are not ‘disproportionately harmed’ when removed from classrooms.

Study authors call for exclusion policies to be re-examined before the full return to school after the Coronavirus pandemic  - as children returning may have experienced bereavement, trauma and anxiety which could affect their behaviour.

Co-author, Laura Oxley, a PhD research student in the Department of Education said: “Exclusions deprive children of access to adequate education while also potentially putting them in mental and physical harm’s way.

“Exclusions are often an ineffective deterrent to bad behaviour and using removal from classrooms as a punishment can exacerbate feelings of rejection and isolation.”

Laura Oxley and co-author, Dr John Tillson from Liverpool Hope University are calling for the blanket use of exclusions to be replaced with a ‘restorative, collaborative’ approach to tackling problem behaviours in classrooms.

Temporary and permanent exclusions, both external and internal where the child is isolated from peers but still on school premises, have increased in the UK since 2013.  There were  7,900 permanent exclusions in England between 2017 and 2018, compared with just three in Scotland. The UK has a school exclusion rate that is ten times greater than that of any other country in Europe.

The study considers exclusion from the perspective of the United Nations’ Convention on the Rights of the Child, which the UK signed in 1990.

Dr Tillson said: “Exclusion as a ‘non-punitive preventative’ measure may sometimes be justified to protect others in the school community but there are actually very few situations in which exclusions can be morally defended as the only option available.

“Some people believe that by punishing you serve a developmental good, that it teaches students that they should behave better. This seems especially not to be true when it comes to school exclusion, which comes at the end of a long line of punitive treatment which has shown itself to have failed.”

Laura Oxley said: “There needs to be a shift in culture in terms of how schools and headteachers think about exclusion. It needs to be something used in exceptional circumstances, rather than something that’s just part of behavioural policy.

“A big problem is that a lot of schools feel they don’t have another option. They ask, ‘What else can we do? This child has hit another child, this child is disrupting every class they’re in? All the other schools are excluding - we need to behave in the same way.’”

The report concludes that there is a myriad of harms caused by exclusion including children externally excluded often running the risk of joining gangs or being recruited into county lines drug running.

The research concluded that only Government led directives could enable schools to make real change, giving them access to funding and resources needed to implement alternatives to exclusion.

“We’ve been through a national trauma. Lives have been thrown upside down. Children may have experienced bereavements.

“There will be children who will act out their anxieties through their behaviour when they return to school. And it could result in exclusions among children who might not have been at risk of being excluded before the pandemic.

“Again, we have to ask what we actually gain from exclusions? If a child is anxious about going to school and you send them home in response to that, it’s not solving the problem.”