The UK’s transition to net zero greenhouse gas emissions could reduce air pollution in nearly every sector, from agriculture and land use to energy production, according to a new report. 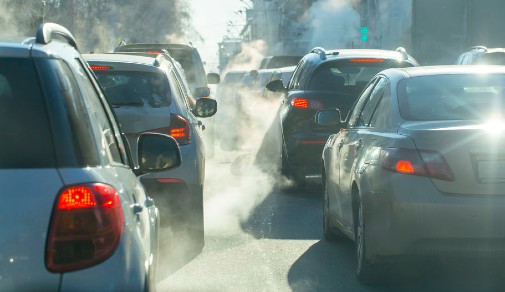 The report from the Defra Air Quality Expert Group (AQEG) which is led by a York academic,  suggests that there is potential for improving air quality nearly every step of the way towards net zero. But this will depend on how replacement low-carbon technologies are used and whether new hazards are managed.

The report examines 47 different actions proposed by the Committee on Climate Change to reach net zero, and stresses that air pollution could be reduced drastically alongside greenhouse gas emissions if policy-makers consider air quality in their decisions. The benefits to air quality will be maximised the earlier, and more rapidly, that transition to net zero takes place.

Professor Lewis who is from the Department of Chemistry and the National Centre for Atmospheric Science (NCAS) added: “During the COVID-19 crisis we’ve seen that having fewer petrol and diesel engines on the roads has dramatically reduced nitrogen dioxide levels in cities around the country. If the national fleet was converted to electric, we would expect to see similar improvements.”

“Air pollution has a complicated range of sources though, and there is no guarantee that all types of pollution will fall together. For example, electric vehicles will still create particle pollution from road surface abrasion and brake wear. Because of that, walking, cycling and public transport remain the cleanest options for transitioning to net zero emissions.”

“Likewise, widespread improvements in energy efficiency in buildings should reduce the demand for heating, but the health benefits are only fully realised if constructors choose materials that do not adversely affect indoor air quality.”

The report also highlights areas where air quality could be negatively affected by the transition. Major low-carbon infrastructure projects could create localised pollution during their construction phases, and widespread forest planting should take into account the types of natural emissions released by certain tree species.

In 2019, the UK became the first major economy to commit to bring all greenhouse gas emissions to net zero by 2050. This means that by 2050 there will be a balance between emissions being produced and emissions being taken out of the atmosphere.

Experts believe that our pathway to net zero could bring immediate benefits for air quality. This is partly because air pollutants are being co-produced alongside greenhouse gases in a number of key sectors, including fossil fuel electricity production, industrial manufacturing, transportation and agriculture.

However, not all types of pollution will fall straight away. Some pollutants, including final particle matter, may not start to fall significantly until later in the transition to net zero, which is planned to be complete by 2050.

Air pollution poses a significant health risk and causes damage to our environment. In the UK, around 28,000 to 36,000 deaths per year are attributed to long-term exposure to air pollution. Any reduction in the level of pollution will benefit our health, and have knock-on benefits for the economy.

Impacts of Net Zero pathways on future air quality in the UK is published by the Department of Environment, Food and Rural Affairs.