University raises funds for bursary in memory of Richard Payne

The University of York is fundraising to launch a bursary for students in memory of world-leading environmental scientist, Dr Richard Payne. 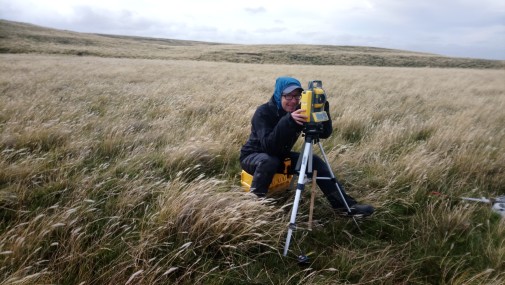 Richard was killed on 26 May, 2019, while attempting to climb Peak 6477, a previously unclimbed subsidiary peak of one of India's highest mountains, Nanda Devi.

A senior lecturer in the Department of Environment and Geography, Richard joined the University of York in 2015. His areas of expertise included climate change and peatland environments.

The Bursary has already raised over £12,000 via the University’s fund raising pages. The Department hopes that students will be able to apply for the fund – which it estimates will award around £300 per successful application - from the next academic year.

Professor Roland Gehrels, Head of the Department of Environment and Geography, said: “Richard was a brilliant teacher. He often encouraged undergraduates to join his research projects, resulting in exciting dissertation topics for his students. He also created summer internships for students so they could work with him and learn from him. Richard was an excellent field scientist and all these projects were field-based.

“Richard’s students were mentored and supervised to a very high standard, but Richard treated them as collaborators. Indeed, some students co-authored research papers with him and many pursued Masters and PhD degrees to become scientists themselves. The purpose of these bursaries is to inspire students in similar ways. The funds will allow students to conduct fieldwork in subjects that were close to Richard's heart."

Richard is survived by his partner, mother, father and brother. They added: “It has become apparent since Richard's tragic accident that he was highly respected as a researcher, mentor, teacher and colleague. But in particular many people have commented on the support Richard gave them in the early years of their careers. It is therefore appropriate that the University should choose to honour him like this. We are deeply touched."

You can support the Richard Payne Fieldwork Bursary here.