Former Pro-Vice-Chancellor for Research, Professor Deborah Smith, retires from the University of York on 31 December after a successful 15-year career in research and senior management roles at York. 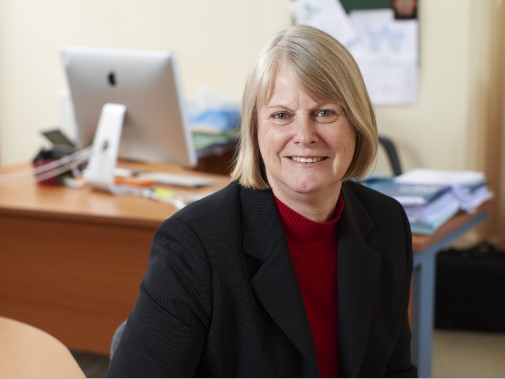 Professor Smith was awarded an OBE for Services to Biomedical Sciences in 2010.

Professor Smith, who joined the University in 2005, trained as a biochemist at the University of Southampton. She carried out postdoctoral research with the Medical Research Council (MRC) at Mill Hill in London and the US National Institutes of Health in Bethesda, before moving to Imperial College London where she joined the academic staff of the Biochemistry Department.

She moved to York in 2005 to establish the Centre for Immunology and Infection and further her research into neglected tropical diseases, particularly the leishmaniases, global parasitic diseases that are endemic in parts of the tropics and subtropics including southern Europe.

Professor Smith was head of the Department of Biology at York for three years before her appointment as Pro-Vice-Chancellor for Research in 2014, with responsibility for research strategy and policy across the University. She also played a leading role in championing Equality Diversity and Inclusion issues at York through her work with Athena Swan.  For the last nine months, she worked as special advisor for research to the University Vice-Chancellor.

In addition to her work at York, Professor Smith chaired the MRC Infections and Immunity Board and was a member of the MRC Strategy Board from 2007 to 2010. She co-chaired the Science Funding Panel of the Wellcome Trust from 2011 to 2014 and has been a member of the Council of Research England since 2018.

Internationally, Professor Smith participated in international research reviews for organisations including Genome Canada,  the Canadian Institutes of Health Research, the Institut Pasteur Paris, the Copenhagen Research Forum and the Foundation for Science and Technology (FCT) Portugal. Most recently, she chaired the Academic Advisory Group of the World Universities Network.

Professor Smith was awarded an OBE for Services to Biomedical Sciences in 2010.

Vice-Chancellor, Professor Charlie Jeffery, said: “Under Professor Smith’s leadership, research at York has gone from strength-to-strength and has helped secure our position as one of the leading institutions in the UK in this vital area.

“As someone who carried out research herself into one of the world’s most serious neglected tropical diseases, Professor Smith understands the difference research can make to some of our most vulnerable populations. This legacy carries on at York as our experts continue their life-changing work into the serious scientific, social and environmental challenges faced by communities locally - and internationally.

“I’m sure the University, and in particular our research staff, will join me in thanking Professor Smith for her immense contribution. I wish her a very happy retirement.”

In recognition of Professor Smith’s outstanding contribution to the University, two teaching facilities in the Department of Biology have been named the Deborah Smith Building.