Veterans’ substance abuse has devastating impact on loved ones

An academic at the University of York is calling on the families of veterans with substance abuse problems to take part in a major survey looking at their experiences. 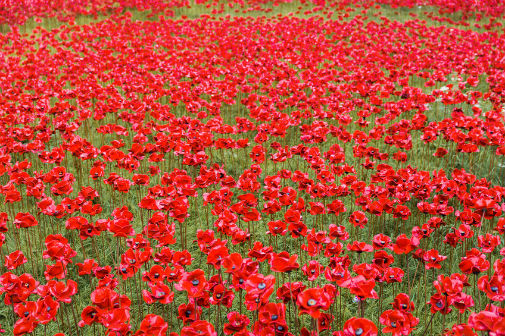 Ceramic poppies installation for Remembrance Day at the Tower of London

New research has uncovered the profound impact veterans’ substance abuse can have on their loved one’s lives. The study is the first of its kind to focus on the impact of veterans’ drug and alcohol abuse on their families.

Principal investigator, Professor Charlie Lloyd, from the Department of Social Policy and Social Work at the University of York, said: “On Sunday 10 and Monday 11 November many of us will take some time to remember the fallen and the war veterans still living.

"Our research suggests that we should also be sparing a thought for their families and loved ones, some of whom have been affected by veterans’ long histories of substance abuse.

“Our initial findings have shown how veterans’ substance use can be long-term and highly damaging to them and those around them and we are really keen to hear from family members about their experiences.”

Veterans’ family members responding to in the survey were greatly affected by their experiences. They often developed mental health problems of their own and had suffered from their partners’ abusive behaviour, public shame, debt and the stress involved in trying to protect their children from witnessing their parent intoxicated.

A number of participants had lost their partners through alcohol-related illnesses, accidents while intoxicated or drug overdose. In such cases, they emphasised that they wanted their partners to be remembered as the honourable service personnel that they had once been, rather than the dependent drinkers or drug users they had become.

Professor Lloyd added: “Veterans and their families have a tendency to be stoical and try to manage their own problems. However, the extreme nature of these difficulties means that many need help.

“Nearly all our respondents agreed that it was vital to talk to people with shared experience – and particularly the shared experience of being the family of a veteran with substance use problems. There was often a strong sense of shame and a desire to hide their partners’ problems – but those that sought help from peer groups reported relief at being able to share their experiences.”

To participate in the survey please go to:  http://bit.ly/family-veterans-survey

The research is being undertaken in partnership with Adfam and funded by Forces in Mind Trust.

To participate in the survey please go to: http://bit.ly/family-veterans-survey