A screening system assessing the risk of sepsis in new-borns, which is being trialled in the UK, would miss around 30 per cent of cases compared with the current method being used in the NHS, according to a new study. 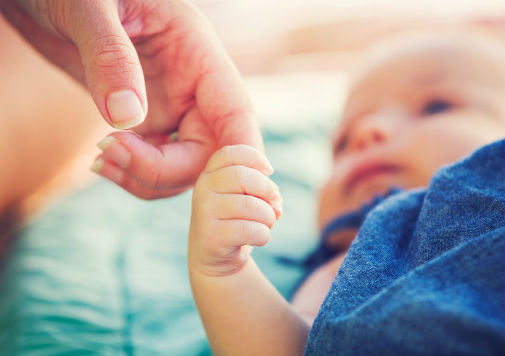 Early onset sepsis (EOS) is difficult to diagnose in newborns

Early onset sepsis (EOS) is notoriously difficult to diagnose in newborns and so doctors treat early and quickly with antibiotics when there is even the smallest risk.

Doctors are keen to find new ways of screening for the infection as administration of neonatal antibiotics is linked with pain, parental anxiety and separation. It has also been linked in childhood to asthma, allergy and auto immune disease, as well as presenting significant workload and financial cost to health services.

Researchers at the University of York and Leeds Centre for Newborn Care have concluded the new screening method widely used in the USA should be evaluated further before being fully introduced into the UK.

Early onset sepsis in newborns is difficult to diagnose as babies may not show symptoms at first and those that do can be confused with symptoms for other less serious conditions. As a result the current approach in the UK is to treat early and quickly, giving antibiotics as a precaution to a very large number of babies who may not have an infection.

In a bid to reduce the use of antibiotics in the States, a new method called the Kaiser Permanente (KP) electronic calculator has been developed. Studies have suggested that using this tool may reduce antibiotic use significantly.

In most parts of the UK, babies are treated based on risk factors and clinical indicators as defined by the National Institute for Health and Care Excellence. (NICE)

In this study, researchers looked at how many EOS cases might be ‘missed’ using the Kaiser Permanente electronic calculator, compared with National Institute for Health and Care Excellence (NICE) guidelines.

Senior author, Dr Bob Phillips from the Centre for Reviews and Dissemination said: “Individual studies have seen small numbers of missed cases. We have conducted a systematic review, drawing together all these studies, to make a better assessment of how often the calculator would 'miss' cases of sepsis.

“A large proportion of EOS cases were ‘missed’ by the calculator. Analysis of the eleven relevant studies showed 75 babies had developed sepsis; between 20% and 30% of those would have been 'missed' if the new calculator had been used in comparison to the current methods used by NICE.

“This was even more likely to occur if the mothers had chorioamnionitis (placental inflammation) which placed the baby at a higher risk of infection.”

“If the calculator were to be put in place in a healthcare system with rapid discharge, such as is the case in the UK currently, this may lead to babies presenting with severe infections late and having worse outcomes.

“In the USA, mothers and their new-borns spend longer periods of time in hospital where they are being observed by doctors who are more likely to pick up the symptoms. In the UK there’s a push for early discharge, sometimes as little as six hours.”

The study recommends further evaluation of the KP calculator method before it is introduced into UK clinical practice.

The full paper is published in the EClinicalMedicine