A new study has revealed first-time mothers who give birth via unplanned caesarean section are 15% more likely to experience postnatal depression. 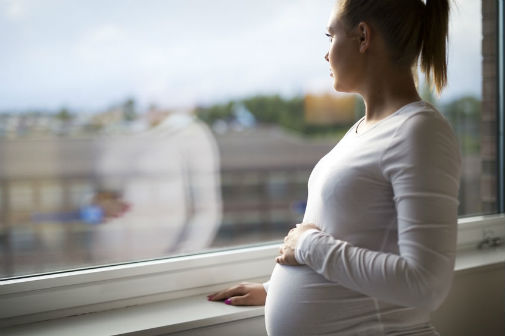 There are currently around 25,000 unplanned caesarean deliveries in England each year.

The author of the study is calling for more mental health support for women whose babies are delivered via emergency caesarean section, or C-section – a surgical procedure usually carried out because of complications during labour.

The numbers of C-sections performed world-wide have increased dramatically in many developed countries over the past few decades.

Out of the 165,000 births in England each year, there are currently around 25,000 unplanned caesarean deliveries.

Author of the study, Dr Valentina Tonei from the Department of Economics at the University of York, said: “The findings of this study are striking because they provide evidence of a causal relationship between emergency C-sections and postnatal depression.

“This has important implications for public health policy, with new mothers who give birth this way in need of increased support.

“The effects of postnatal depression can be far reaching, with previous studies suggesting that it can have a negative effect, not just on the health of the mother and her relationships with her partner and family members, but also on the baby’s development. Mothers who experience postnatal depression are also less likely to go on to have more children.”

While previous studies have often been based on small sample sizes from single hospitals, the study looked at data from 5,000 first-time mothers from the UK Millennium Cohort Study, a representative sample of the UK population.

The study isolated the effects of emergency C-section on mothers’ psychological well-being in the first nine months after delivery by taking other factors, such as differences in the resource and staffing levels in hospitals and the mental health history of the mothers, into account.

By focusing on first-time mothers, the effects of previous birthing experiences were also eliminated.

Dr Tonei added: “Unplanned caesareans may have a particularly negative psychological impact on mothers because they are unexpected, usually mentally and physically stressful and associated with a loss of control and unmatched expectations.

“While the financial costs associated with this surgical procedure are well recognised, there has been less focus on the hidden health costs borne by mothers and their families. We hope this new evidence brings the impact on mothers’ mental health into the spotlight.”

Mother’s mental health after childbirth: Does the delivery method matter? Is published in the Journal of Health Economics.

Explore more of our research here.