Climate change is causing tropical moths to shrink in size

Researchers have discovered the first evidence of tropical insects shrinking in size in their bid to survive rising temperatures. 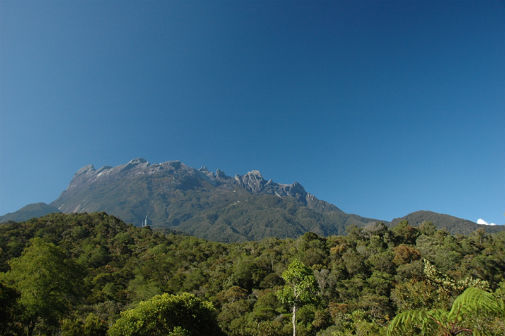 Scientists from the University of York were part of a team conducting research in one of Borneo’s national parks, where they discovered that as moths shifted their communities higher up the mountain to escape increasing temperatures, they were also becoming smaller in body and wing size.

They compared data from similar surveys conducted on Mount Kinabalu in Borneo in 1965 and 2007 to reveal a significant wing-length reduction.  Overtime, body size changes have occurred in moth communities, due to shrinkage and also because smaller moth species have colonised communities from lower down the mountain. Smaller species moving higher up the mountain explained most size changes, especially at high elevations.

If insect size changes become widespread, the authors of the study warn it could lead to fundamental changes in our ecosystem.

Co-author of the study, Professor Chris Thomas from the Department of Biology, said: "Moths becoming smaller could have two significant impacts:  It will mean on average an insect having a smaller number of eggs, which will reduce the capacity to reproduce.

“Secondly, the size of the insect will affect how much they eat and so this will affect their energy value in the food chain.  If insect size changes become widespread, it could lead to functional changes across the ecosystem."

As the highest mountain in one of the most biodiverse regions of the world, Mount Kinabalu is a globally important refuge for terrestrial species that become restricted to high altitudes by climate warming.

Co-author of the study, Professor Jane Hill from the Department of Biology, added: "The area we studied on Mount Kinabalu is a protected national park but even in a place like this, we cannot protect insect communities from climate change, which is altering biological communities and ecosystem processes."

Scientific Associate at the Natural History Museum and member of the 1965 survey, Dr Jeremy Holloway, said: “Our main aim in 1965 was to see if the moths, as herbivores, reflected the interesting botanical mix in the flora of the higher altitude of the mountain. This was at least partially the case, particularly for the Geometridae, a family of moths used in the current study and now being sampled globally as prime environmental indicators. 42 years later, the new survey enabled assessment of whether general rules of a relationship between size and temperature and size within and between species applied in Borneo and had been affected by warming.”

This research was carried out in collaboration with The Natural History Museum and the National Taiwan University and is published in Nature.