Scientists at the University of York have revealed that there are two separate ‘pathways’ for seeing 3D motion in the human brain, which allow people to perform a wide range of tasks such as catching a ball or avoiding moving objects. 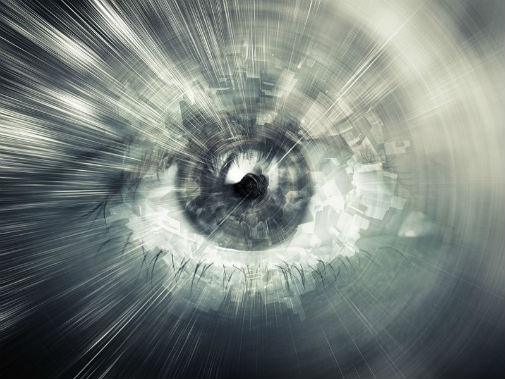 3D motion signals separate into two brain ‘pathways’ at image transmission between the eyes and the brain.

The new insight could help further understanding into how to alleviate the effects of lazy eye syndrome, as well as how industry could develop better 3D visual displays and virtual reality systems.

Much of what scientists know about 3D motion comes from comparing the ‘stereoscopic’ signals generated by a person’s eyes, but the exact way the brain processes these signals has not been fully understood in the past.

Scientists at the Universities of York, St Andrews, and Bradford have now shown that there are two ways the brain can compute 3D signals, not just one as previously thought.

They found that 3D motion signals separate into two ‘pathways’ in the brain at an early stage of the image transmission between the eyes and the brain.

Dr Alex Wade from the University of York’s Department of Psychology, said: “We know that we have two signals from our visual system that helps the brain compute 3D motion – one is a 'fast' signal and one is a 'slow' signal.

“This helps us in a number of ways, with our hand-eye coordination for example, or so that we don’t fall over navigating around objects. What we didn’t know was what the brain did with these signals to allow us to understand what is going on in front of our eyes and react appropriately.

“Using brain imaging technology we were able to see that these two 3D motion signals are separated out into two distinct pathways in the brain, allowing information to be extracted simultaneously and indicating to the visual system that it is encountering a 3D moving object.”

The research team had previously shown that people with lazy eye syndrome might still be able to see ‘fast’ 3D motion signals, despite them having very poor 3D vision in general.  Now that scientists understand how this pathway works, there is the potential to build tests to measure and monitor therapies aimed at curing the condition.

Dr Milena Kaestner, who conducted the work as part of her PhD at the University of York, said: “We were also surprised to see a link between 3D motion signals and how the brain receives information about colour. We now believe that colour might be more important in this type of visual processing than we previously thought.

“The visual pathways for colour have been thought to be independent of signals about motion and depth, but the research suggests that there could be a connection in the brain between these three visual properties.”

Dr Julie Harris, from St Andrews University, said:  “Knowing more about our visual system, and particularly how motion, depth and colour could all be connected in the brain, could help in a number of research areas into what happens when these pathways go wrong, resulting in visual disturbances that impact negatively on people’s quality of life.”

The research is published in the journal Proceedings of the National Academy of Sciences (PNAS).