Researchers have shown that a new way of assessing women’s relationship with their bodies during pregnancy could help predict how well the mother might bond with her unborn baby and her longer-term emotional wellbeing. 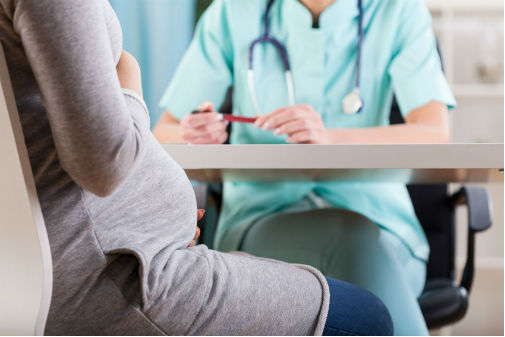 Results from the study suggest that introducing a standardised method of assessing women’s feelings towards their changing bodies during antenatal care could provide important information on how they might respond to being a new mum.

The BUMPS method, developed by scientists at the University of York and Anglia Ruskin University, is a self-reporting system based on questions relating to satisfaction with appearing pregnant, weight gain concerns, and the physical burdens of pregnancy.

In a study of more than 600 pregnant women, data from the BUMPS questionnaire revealed that women who felt more positively about their body changes in pregnancy were more likely to have better relationships with their partners; lower depression and anxiety scores; and were better at interpreting their bodily signals.

Combined scores from the questionnaire provided a strong predictor of whether a pregnant woman would have a positive attachment to their unborn child or not. Low scores, suggested that these women may need additional emotional support during pregnancy and monitoring after birth for signs of postnatal depression.

Dr Catherine Preston, an expert in body image from the University of York’s Department of Psychology, said: “Our previous research has demonstrated that there is a relationship between how we perceive our bodies and our emotional state, but bodily experience is not systematically considered during pregnancy even though it is a time when dramatic bodily changes occur.

“Women are under constant pressure about their appearance and during pregnancy and after birth is no exception.  It is important therefore that pregnancy care is not just about the physical health of the mother and the health of the unborn child, but also about women’s emotional wellbeing, which can give us a lot of important information about how they might react to being a new mum in the longer-term.”

The questionnaire was taken at each trimester of pregnancy to understand how perceptions of the body might change through the different stages.  Questions in the study range from the type of clothes that a woman decides to wear during pregnancy, to concerns about the size of their ‘bump,’ and any frustrations they might have at not being able to be as physically active as they once were.

Dr Preston said: “There is growing evidence that women’s experience of their body during pregnancy can have a positive or negative impact on both maternal and infant wellbeing, so more should be done within our care systems to protect women against the more negative effects.

“There are many midwives who independently do a fantastic job of offering this support, but currently there is no standardised method or criteria for measuring this to inform the level of care required.

“Our next step in this work is define those boundaries – what does a pregnant woman need to score in our scale in order to prompt further investigation or support?  We are also interested to investigate whether we see variations in attitudes to body image in pregnancies of women from different cultural backgrounds and what impact this might have in post-natal care.”

The team also plan to assess more women post-pregnancy to understand the longer-term impacts of negative and positive body image on both mother and child.

The research is published in the journal, Psychological Assessment.