The Leverhulme Trust Board has announced it will fund up to £10 million over the next 10 years to establish a new centre for research on biodiversity change at the University of York. 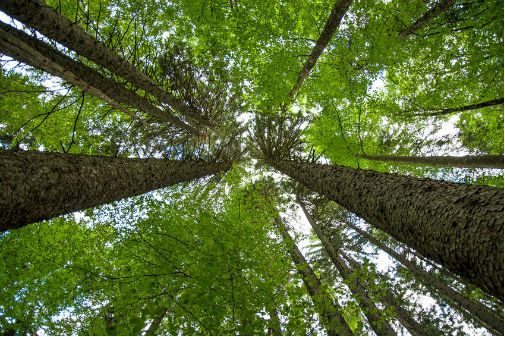 The Centre will explore scientific and societal perspectives on the Anthropocene

The Centre was one of three successful bids in the 2018 Leverhulme Research Centre awards.  Other recipients are at Imperial College London and the University of Oxford.

The Leverhulme Centre for Anthropocene Biodiversity will explore the different scientific, social and cultural perspectives on the Anthropocene, during a time of biological gains as well as losses, and human benefits as well as harms.

Professor Chris Thomas, Director of the new Centre, said: “The Centre will bring together world-leading researchers to understand the neglected societal and biological processes that underpin biodiversity gains, in addition to examining the causes and consequences of losses.

“A deep understanding of the cultural as well as biological processes that drive changes to the world’s biodiversity is needed if humanity is to live sustainably on our planet.”

The £30 million Leverhulme competition was designed to encourage original research which would establish or reshape a significant field of study and transform understanding of an important topic in contemporary societies.

Professor Gordon Marshall, Director of the Trust, said: ‘Leverhulme Trust Research Centres are a major investment in discovery-led inquiry at a time when funding for fundamental scholarship is under great pressure.

“Each Centre will embrace multi-disciplinary and international collaborations designed to bring the highest calibre of expertise to bear on these exciting areas of inquiry.”

The Centre will also benefit from expertise across the University, including researchers from the Departments of Archaeology; Biology; Computer Science; English; Environment; Health Sciences; History; Maths; Philosophy; Politics; Psychology; and Sociology.

Professor Deborah Smith, the University's Pro-Vice-Chancellor for Research, said: "We are delighted to have been successful in our application to establish a Leverhulme Centre at York. Professor Thomas and his colleagues will investigate some of the most significant issues influencing our planet and its populations, both human and otherwise.

"The Centre will draw upon York's expertise in interdisciplinary research to drive world-leading investigation,  involving experts both in the UK and internationally, that will change the way in which we view our world and the survival of those that inhabit it."