Researchers at the University of York have shown that there has been a 118% rise in those aged over 40 presenting to specialist drug treatment services citing cannabis as their primary health concern. 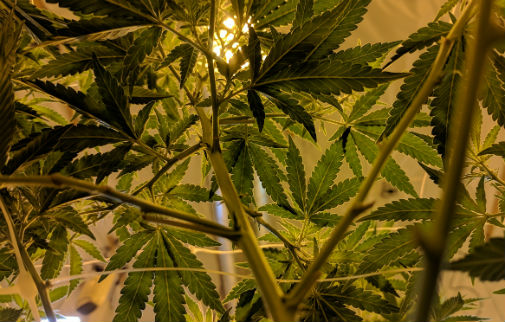 Police searches often made on the basis of smell

Cannabis continues to be the most popular illicit drug in the UK, but the numbers of people using it has been in steady decline over the past decade, from two million to 1.4 million.  It is thought that it is mainly the drug of choice for young men, who later develop health problems.

York researchers, however, highlight that this may no longer be the case, with a sharp increase in cannabis users over the age of 40 and a 95% increase in women, across all age groups, presenting to treatment centres, compared to a 72% increase in men over the past ten years.

The researchers say that it is possible that a combination of tobacco use and high potency cannabis could have contributed to the rise in the number of users over the age of 40 developing health problems, such as respiratory and cardio vascular diseases.

It is currently unknown, however, what factors are contributing to the increase in women, across the age spectrum, presenting with cannabis-related health problems.

Ian Hamilton, from the University of York’s Department of Health Sciences, said: “Research earlier this year showed that the UK street market for cannabis is increasingly dominated by very high potency varieties of drug.  In some cases resin can be nearly three times stronger than drugs on the street in 2005.

“Long-term cannabis users, who are aged 40 or older, therefore, have been used to lower potency cannabis in the past, which can now no longer be sourced.  Turning to higher potency cannabis could increase the likelihood of them developing health problems.

“If we also consider that cannabis users are often also smokers, and this age group will have been smoking for longer than younger drug users, then we can start to see how this rise in cannabis-related health issues has occurred.

“Add to this the fact that drug-users over the age of 40 may have dependent family members and other significant financial responsibilities, we can see that there might be more urgency for this age-group to seek medical help compared to some younger cannabis users.”

The data, which was collected between 2005/6 and 2015/16, suggests that there needs to be a new approach to treating middle aged and older people that are presenting to health services in increasing numbers.

Researchers also argue that treatment services need to adapt new ways of supporting women in seeking help for treatment, such as recognising and offering means of overcoming the challenges of childcare.

Ian Hamilton said: “The most significant step forward to supporting cannabis users over the age of 40 is offering smoking cessation advice, which traditionally specialist drug treatment services haven't done as it is generally seen as a lesser problem compared to other drugs.

“The combination of tobacco and cannabis use, however, exacerbates health issues, and if we can tackle both ends of the addictive behaviour – smoking and cannabis use – then we have a better chance of reducing drug-related health problems overall.”

The research, conducted by Ian Hamilton, Department of Health Sciences, is published in the journal Drugs: Education, Prevention and Policy.