Global warming will cause peatlands to absorb more carbon – but the effect will weaken as warming increases, new research suggests. 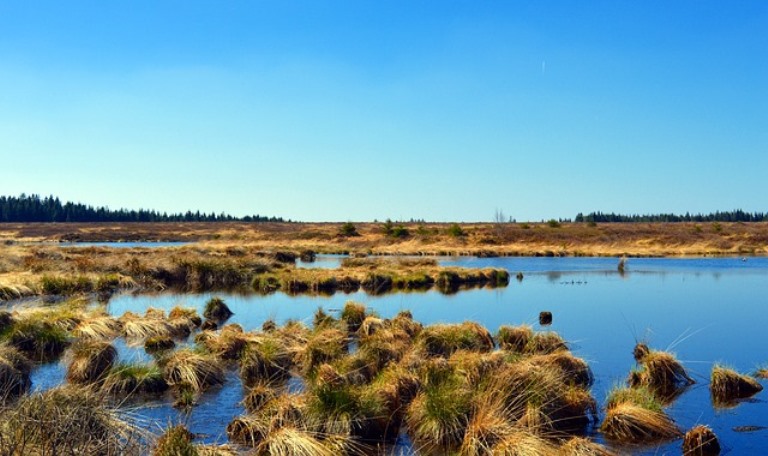 Peatlands are a vital 'carbon sink'

This effect – a so-called “negative feedback” where climate change causes effects which slow further climate change – will increase over the coming decades but will decline after 2100 if warming continues, according to an international team including scientists at the University of York.

Peatlands are a vital 'carbon sink', currently storing more carbon than all the world’s vegetation, and the research showed they will store even more carbon in the future than was previously believed.

In environments such as forests, carbon from dead plants decomposes and is released back into the atmosphere. But in peatlands, water slows this process and locks in carbon.

Professor Robert Marchant from the University of York's Department of Environment and Geography, said: "Peatlands are clearly a vital tool in combatting climate change - these can be very effective in locking away carbon but if mis-managed can release the carbon further contributing to climate change.

"We show how important peatlands are in storing carbon. In addition, peatlands are fantastic at regulating water flows, improving water quality, storehouses of unique flora and fauna and drought refuges for many."

Most peatlands are in cold climates in places such as Siberia and Canada, and here warmer temperatures will lengthen the growing season for plants – meaning more plant matter falling into peat bogs.

This initial increase in carbon storage – estimated to be about 5% – however, will be offset by reduced storage in tropical peatlands in places like Borneo and the Amazon region.

Dr Angela Gallego-Sala, lead author from the University of Exeter, said: “Plants living in cold-climate peatlands have it tough for most of the year, but rising global temperatures will give them a longer growing season.

“Decomposition in peatlands will speed up as the climate warms – meaning more carbon and methane released – but the overall effect in these high-latitude regions will be increased storage of carbon.

“However, as warming continues, tropical peatlands will store less carbon because decomposition will speed up but higher temperatures in these already warm regions will not boost plant growth.”

The researchers looked at a range of estimates for future warming – from an average warming of between 1°C and 3.7°C by 2100.

Modelled future projections under all scenarios suggest that the present-day global sink in peatlands will increase slightly until about 2100 but will decline thereafter.

In both cases decomposition in the tropics will overturn the gains in the higher latitudes (nearer the poles) due to lengthening of the growing season.

The research team, which also included the University of Leicester and Imperial College London, used a new global data set of peatland carbon accumulation rates over the last millennium.

The paper, published in the journal Nature Climate Change, is entitled: “Latitudinal limits to the predicted increase of the peatland carbon sink with warming.”