A researcher in virtual and augmented technologies at the University of York comments on the BBC's announcement to introduce a virtual reality experience at the opening of its 2018 Proms. 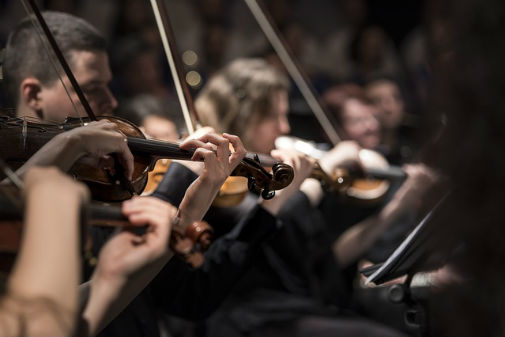 Five Telegrams captures a performance by the BBC Symphony Orchestra

Dr Gavin Kearney, from the University of York's Department of Electronic Engineering said: "Virtual and augmented reality technologies are set to transform how we consume audio-visual experiences.

"The virtual reality (VR) production of 'Five Telegrams' from the BBC Proms demonstrates the compelling power of virtual reality to transport viewers from the comfort of their living room to the splendour of the Royal Albert Hall through the use of 360 visuals and spatial sound delivered over a VR headset and headphones.

"The technology also allows for the augmentation of the experience through manipulation of the visuals and sound to create a greater emotional impact. This is well utilised in the 'Five Telegrams' where the VR experience allows the user to better understand the perspectives of the soldiers and their loved ones during WW1.

"At the heart of VR technology is a grounded understanding in human audio-visual perception. To create effective and plausible immersive experiences the end user must have a real feeling that 'they are there' which is only achieved through simulation of the complex auditory and visual mechanisms that give an effective sense of depth and space.

"The UK has become a world-leading force in the development of VR technology and the BBC are one of the the bodies actively pushing the boundaries of VR production and exploring its possibilities for storytelling.

"With the technology rapidly evolving, there is a greater demand for clear production frameworks for content creators, which is at the forefront of our research at the University of York."