In a new report, researchers at the University of York have investigated the ways in which the value of new antimicrobial drugs could be assessed to help the NHS decide how much should be paid for them. 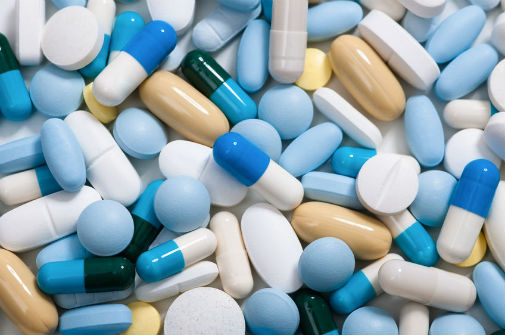 Commissioned by the Department of Health and Social Care and funded by the National Institute for Health Research (NIHR), the report aims to demonstrate how new drugs could be assessed based on their value to the NHS.  Having such a system in place could help to incentivise manufacturers to produce more new antimicrobials.

Chief Medical Officer for England, Professor Dame Sally Davies, said:“It is no exaggeration to say antimicrobial resistance is among the most pressing issues we face globally.

“Finding ways to incentivise companies to develop new drugs is a vital component of our response to this escalating threat.

“Ensuring the NHS pays a fair price for new antimicrobials whilst conserving their use is essential and this report provides a platform to deliver this.”

This new study informs the various ways that the NHS could pay for new antibiotic drugs, by making recommendations to the National Institute for Health and Care Excellence (NICE) on how to consider the appraisal of new antimicrobials.

Currently a conventional payment method is employed to fund new antimicrobials, which is based on how much of the drug the NHS uses.  Some new antimicrobials are held in reserve for use only when existing products are ineffective due to resistance, but this strategy limits revenues to manufacturers reducing the attractiveness of developing new antimicrobials.

The government is therefore considering a novel payment approach where the NHS pays for access to the drug; this means that  payment is ‘delinked’ from the amount of the drug that is actually used.  Establishing appropriate levels of payment, however, is complex.

Mark Sculpher, Professor of Health Economics at the University of York, said: “NICE plays an important role in using evidence to guide the NHS about the effectiveness and value for money of new pharmaceuticals.

“Given the priority associated with having new antimicrobial agents available with increasing drug resistance, any role for NICE in appraising these products needs to involve the most appropriate methods, evidence and process.

“Our latest report looks at how NICE could appraise the benefits of these new drugs so that the NHS can make informed decisions on sustainable funding.”

The report recommends that, under a ‘delinked payment’ system, NICE should use the available evidence to estimate the long-term impact on the health of the population based on the availability of a new antimicrobial.

This can provide more evidence to inform sustainable funding, which also takes into consideration the health benefits that could be produced if those resources were devoted to other NHS activities.

Professor Sculpher said: “Having new drugs available to treat infectious disease is a major priority internationally given the challenge of resistance.  But the NHS has to be able to agree funding with the manufacturers of new products based on information about the benefits they are expected to confer on patients over many years.

“Estimating this impact is extremely difficult when the drugs become first available, as relevant evidence is limited. It is essential for the NHS to collect surveillance data on how drugs are used, their outcomes and changes in resistance.”

The report states that levels of funding by the NHS under ‘delinked’ arrangements cannot be set in stone permanently.  Rather, they should be revisited as new evidence becomes available and estimates of population health impact are revised.

Meindert Boysen, Director of the NICE Centre for Health Technology Evaluation, said: “The report provides invaluable insights in to the issues and complexity of capturing the full public health value of new antimicrobials. We will continue to work with partners and stakeholders on how the recommendations could translate to a pragmatic value framework and payment model for new antimicrobials.”

The research, undertaken by the NIHR Policy Research Unit in Economic Methods of Evaluation in Health and Social Care Interventions (EEPRU) at the University of York, is published here.