Leading figures from the world of journalism, politics, science, literature and performing arts are to receive honorary degrees from the University of York this month.


Graduation ceremony at the University of York.

The recipients of 2018 honorary degrees, which will be awarded as part of the University's summer graduation ceremonies on 12, 25, 26, 27 and 28 July are: 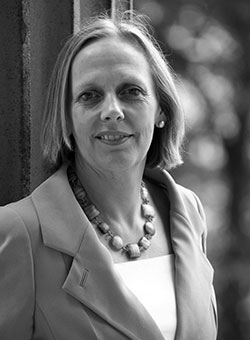 Dame Anne Johnson is Professor of Infectious Disease Epidemiology at University College London (UCL). After training in medicine at the Universities of Cambridge and Newcastle, she specialised in Epidemiology and Public Health. For over 30 years, she has worked in research on the epidemiology and prevention of HIV and sexually transmitted infections as well as other infectious diseases such as influenza, Ebola, and antimicrobial resistance. She co-directed the Medical Research Council UK Centre for Co-ordinating Epidemiological Studies of HIV and AIDS from 1985 until 1999 and was principal investigator on the National Survey of Sexual Attitudes and Lifestyles (Natsal), through which she maps the extent of the HIV epidemic and tracks changes in behaviour over time. She co-founded UCL’s Institute for Global Health and has advised many
national and international science organisations. She is currently VicePresident International of the Academy of Medical Sciences and a Governor of the Wellcome Trust. 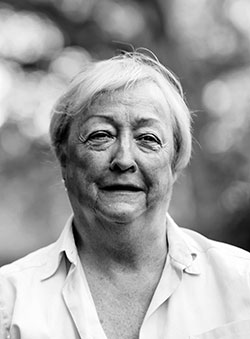 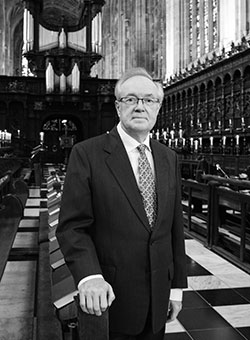 Stephen Cleobury has been Director of Music at King’s College, Cambridge, since 1982. His work there has brought him into fruitful relationships with leading orchestras and soloists. At King’s he has sought to enhance the reputation of the world-famous Choir, broadening its repertoire, commissioning new music and
developing its activities in broadcasting, recording and touring. He nurtured generations of young musicians throughout the University of Cambridge during his many years as Conductor of the Cambridge Music Society. Beyond Cambridge he is in demand as a conductor. From 1995 to 2007 he was Chief Conductor of the BBC Singers and is now Conductor Laureate. He is an active organ recitalist. A past President of the Royal College of Organists and of the Incorporated Association of Organists, he is currently President of the Friends of Cathedral Music and of the Herbert Howells Society. He was appointed CBE in 2009. 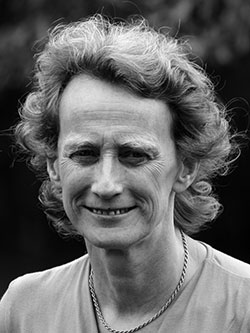 Dame Athene Donald is Professor of Experimental Physics at the University of Cambridge and Master of Churchill College, Cambridge. Her research is in the field of soft
matter and physics at the interface of biology and she has published over 250 papers in these fields. She is a member of the Scientific Council of the European Research Council and a former Trustee of the Science Museum. She was Director of the University of Cambridge’s Women in Science, Engineering and Technology Initiative, and the
University’s first Gender Equality Champion. She also chaired the Athena Forum, an organisation which provides oversight of developments that seek to advance the career progression and representation of women in science, technology, mathematics and medicine in UK higher education. As well as various prizes from the Institute of Physics and the Royal Society, she won the 2009 L’Oréal/Unesco Laureate for Europe award. 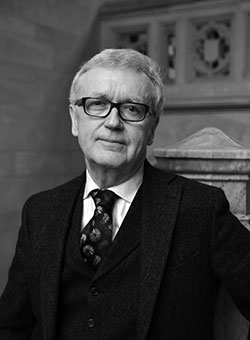 Professor Alastair Minnis is one of the leading professors of medieval literature in the world. Since 2008 he has been Douglas Tracy Smith Professor of English at Yale University, and has achieved international recognition for his work on literary criticism and the history of ideas, and on medieval philosophy and theology. He is the author of seven books and over 70 articles, and the editor of 17 collections of essays. He has been elected a Fellow of the Medieval Academy of America, as well as President of the New Chaucer Society. Alastair was a professor in the Department of English at the University of York from 1987 to 2000. During his time at York, he was Director of the Centre for Medieval Studies and helped to found the York Medieval Press which enjoys an international reputation as the publisher of outstanding monographs and books on medieval studies. 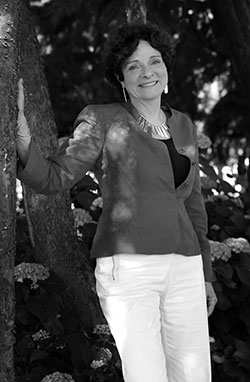 University of York graduate Professor Helen Blau is Director of the Baxter Laboratory for Stem Cell Biology at Stanford University. Her research focuses on regenerative medicine. She is world-renowned for her work on nuclear reprogramming and the demonstration of the plasticity of the differentiated state using cell fusion. Her revolutionary studies provided the scientific underpinnings for the modern era of stem cell biology. She is also internationally recognised for her discovery of regulators that rejuvenate muscle stem cell function and identification of strategies for the treatment of muscle atrophy due to disease, injury or aging. Helen served as President of the American Society for Developmental Biology and President of the International
Society of Differentiation, and as a member of the Harvard Board of Overseers. Her awards and honours include an Honorary Doctorate from the University of Nijmegen, Holland, and election to the National Academy of Medicine and the National Academy of Sciences. 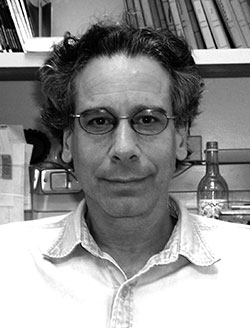 Dr David Lawrence Sacks is one of the world’s foremost experts in the field of leishmaniasis, a poverty-related parasitic disease. Dr Sacks is Head of the Intracellular
Parasite Biology Section at the Laboratory of Parasitic Diseases, part of the National Institute of Allergy and Infectious Diseases, USA. His research focuses on the vector biology and immunology of leishmaniasis, including vaccine development. He is one of the most influential figures in helping to develop the research base in leishmaniasis disease-endemics, notably in India. He was a founding investigator for a tropical medicine research centre in India and leads a project funded by the Bill & Melinda Gates Foundation to establish sandfly colonies in India. This will facilitate critical research on disease transmission in support of the national visceral leishmaniasis elimination campaign. His work as an expert advisor for the World Health Organisation Tropical Disease Research led to an influential vaccine development programme in Iran. 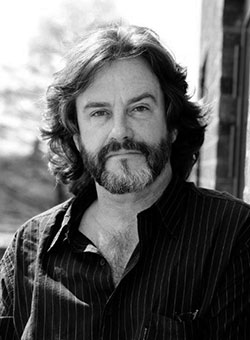 Gregory Doran is Artistic Director of the Royal Shakespeare Company. He joined the RSC in 1987 and directed his first production in 1992, Derek Walcott’s adaptation of Homer’s Odyssey for The Other Place in Stratford-upon-Avon. He has directed over two thirds of the canon, including All’s Well That Ends Well with Judi Dench, Macbeth with Antony Sher, Hamlet with David Tennant and Patrick Stewart, and Julius Caesar set in contemporary Africa. To mark the 400th anniversary of Shakespeare’s death in 2016,
his productions of Richard II, Henry IV Parts I & II and Henry V undertook the RSC’s first major tour to China and Hong Kong. He also directed Shakespeare Live! From the RSC which was broadcast worldwide and received a BAFTA nomination for Best Live Event. Awards include the 2002 Olivier Award for Outstanding Achievement of the Year and the 2012 Sam Wanamaker Award,
recognising his work in increasing the understanding and enjoyment of Shakespeare. 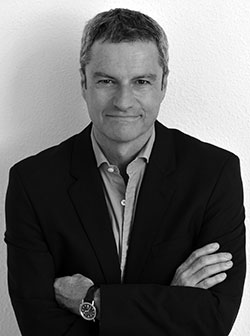 Gavin Esler, currently Chancellor of the University of Kent, is known for his journalistic work on the wrongful convictions of the so-called ‘Guildford Four’ and ‘Maguire Seven’. Their stories eventually became the basis of the film, In the Name of the Father. Esler became the BBC’s Chief North America Correspondent, based in Washington and covering the Bush and Clinton White House. Over the past two decades Gavin Esler
has interviewed world leaders including Margaret Thatcher, King Abdullah of Jordan and President Carter. In the arts and culture programmes he anchors for BBC World Service he has also interviewed writers and artists such as Seamus Heaney, Angelina Jolie and Penelope Cruz, plus numerous film-makers. He is a writer of fiction and non-fiction books. His book Lessons from the Top led to a separate career lecturing to audiences including business groups, university business schools and the military. 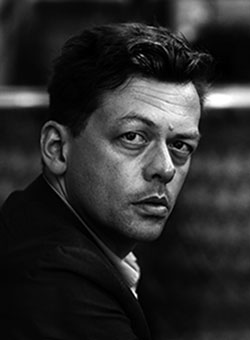 University of York graduate Simon Stephens is a playwright. For 20 years his work has been widely translated and produced throughout the world. He has won several awards including Olivier and Tony Awards for new plays. His work ranges from the deeply political, considering subjects such as the 7/7 London bombings (Pornography) or the possibility of school shootings in the UK (Punk Rock) to the more accessible. His most famous play is his adaptation of Mark Haddon’s best-selling novel, The Curious Incident of the Dog in the Night-Time. He has written new English-language versions of masterpieces by Chekhov, Ibsen and Brecht, collaborated with the world’s leading theatre practitioners and produced original work throughout Europe and the US. He has been Artistic Associate at the Lyric Hammersmith and Associate Playwright at the Royal Court Theatre. Simon has led workshops with the University of York’s Theatre, Film and Television students. 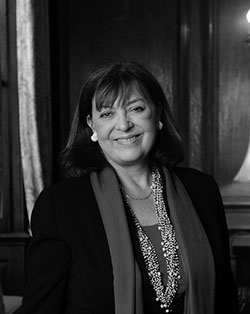 A long-standing BBC Correspondent, Bridget Kendall was appointed the first female Master of Peterhouse, the University of Cambridge’s oldest College, in 2016. Educated at Oxford and Harvard, she joined the BBC World Service as a trainee in 1983 and became the BBC’s Moscow Correspondent in 1989, covering the collapse of the Soviet Union as well as Boris Yeltsin’s rise to power. She was then appointed Washington Correspondent before moving to the senior role of BBC Diplomatic Correspondent,
reporting on major conflicts such as those in Kosovo, Iraq, Afghanistan, Libya, Syria and Ukraine. Her interviews with global leaders include Margaret Thatcher, Hillary Clinton, Mikhail Gorbachev and Vladimir Putin. She is host of BBC Radio’s weekly discussion programme, The Forum. Her book The Cold War: a New Oral History has just come out in paperback. Her awards include the James Cameron Award for distinguished journalism, as well as an MBE. 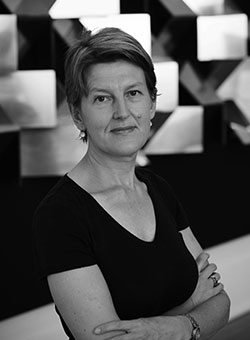 Since 2015 Dr Penelope Curtis has been Director of the Gulbenkian Museum in Lisbon, responsible both for the Founder’s Collection and the Modern Collection. Having studied at Oxford and the Courtauld Institute, Dr Curtis joined the then new Tate Gallery in Liverpool. She later moved to Leeds and was instrumental in creating what became the Henry Moore Institute, a centre for the study of sculpture. In 2010 she took up the role of Director at Tate Britain, where she oversaw the £47m ‘Millbank project’ renovation and was responsible for the complete rehang of the collection, which opened in 2013. Dr Curtis has written widely on 20th-century British sculpture, on European art and architecture of the inter-war years, and on many contemporary European sculptors. Her monographs have been published by Oxford (1999), Ridinghouse/Getty (2007), and Yale (2017), this last being the published version of the 2015
Mellon Lectures. 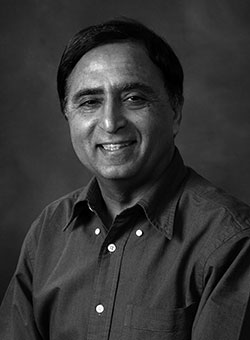 Professor Narendra Ahuja is a Research Professor in the Department of Electrical and Computer Engineering, Beckman Institute, and Coordinated Science Laboratory at University of Illinois at UrbanaChampaign, and the Founding Director of Information Technology Research Academy in New Delhi. He was the Founding Director of International Institute of Information Technology, Hyderabad, the first of now over 20 such Indian institutions (IIITs). His current research is on extraction and representation of spatial structure in images and video; use of multiple sources and machine learning for scene representation and recognition; computational cameras; and applications of computer vision to challenging societal problems with focus on developing societies. He has supervised thesis research by about 50 PhD students and 80 other research and postdoc students. He is the Founding President of Vision Technology, a computer vision technology company. His algorithms/prototypes have been used in a number of industrial systems including at General Electric, Westinghouse, Lockheed and Honeywell.