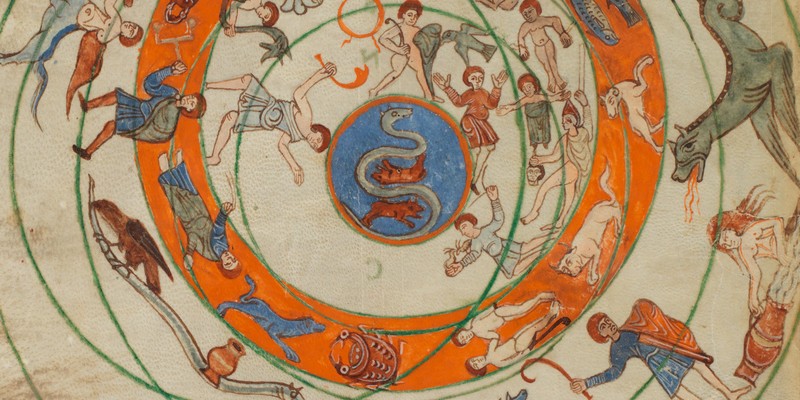 One of the largest concentrations of medievalists in the world, our cluster's expertise extends from the late Roman Empire to the Renaissance and Reformation.

We cover much of Europe and the Islamic world with particular strengths in the material culture of the British Isles.

Our research encompasses medieval revivals, involving many colleagues from later periods and encouraging transhistorical work. We maintain close links and collaborate with medieval scholars in departments across York through the interdisciplinary Centre for Medieval Studies.

The art and architecture of the English Cathedral (especially Salisbury and York); stained glass in the medieval tradition

Art and architecture in Italy 1300-1600, especially the palazzi and villas of secular patrons, including the Medici

Islamic art and architecture; the architecture and ceramic arts of the wider Iranian world from the tenth to the fourteenth centuries

Illuminated manuscripts, and the representation of Jerusalem in the medieval West.

This is a large and active research community. We warmly welcome students who wish to join us for postgraduate research in medieval art.

English Portrait Miniatures from Holbein to Hilliard: merely 'painting in little' or a distinct art form?

Medieval and Romanesque Architecture in Lombardy

The Problem of Ornament in Early Modern Architecture

Spitting on an Angel, Trampling a Saint: Reading the Medieval English Pavement

The spatial-visual capacity of public sculpture, and its influence on spectators’ sensibility to spatial configuration in Piazza della Signoria, Florence

The Lost Dimension: Medieval Window Lead – A Study of Sources, Craft and Conservation

At Cross Purposes? Sacred and Secular Figural Iconographies of the High Cross in the Northern Danelaw, c. 850-1000

Visual translations of Jerusalem in the Early Modern Netherlands

The Eye of Its Beholder: A Medical and Scientific Study of Religious Visuality and Image Agency in Thirteenth Century England

The Meaning, Iconography and Role of Angels in Anglo-Saxon England

Renaissance Fauna and Ferrarese art of the fifteenth century

Push the boundaries of knowledge in our supportive and stimulating environment.