Following the York tradition, Sir Malcolm conferred honorary degrees upon three exceptional individuals to mark his inauguration. We are delighted to welcome Robert Chote (economist and Chairman of the Office of Budget Responsibility); Sharon White (economist and Chief Executive of Ofcom); and Dr Hermann Hauser (entrepreneur and member of the Board of Council for Science and Technology) to the York community. 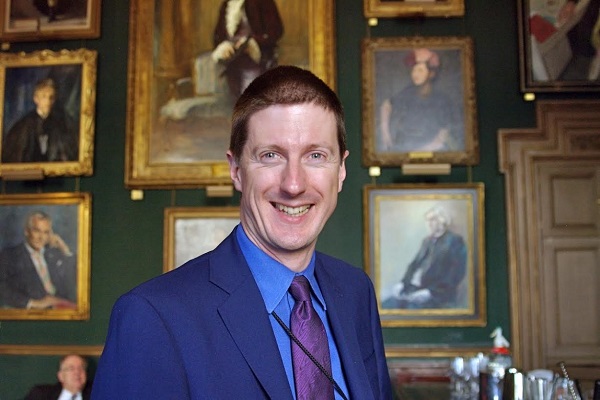 Robert Chote is Chairman of the Office for Budget Responsibility, which provides independent scrutiny of the UK’s public finances.

Educated at Queens’ College, Cambridge, City University, London, and the School of Advanced International Studies at Johns Hopkins University in Washington DC, Robert began his career as a reporter and then Economics Editor at The Independent and Independent on Sunday, moving to the Financial Times as Economics Editor in 1995. He then became an advisor to senior management at the International Monetary Fund in 1999.

Robert was Director of the Institute for Fiscal Studies from 2002 until 2010 when Parliament approved his appointment as Chairman of the Office of Budget Responsibility.

Robert is married to Sharon White, Chief Executive of the communications regulator Ofcom.

She studied Economics at Cambridge University and University College London.

After working for a church in Birmingham, Sharon White joined the Civil Service in 1989, initially working in the Treasury.  In her 25 years as a civil servant she has worked as Senior Economist at the World Bank in Washington DC and as a civil service adviser (non-political) at the Downing Street Policy Unit during Tony Blair’s first Labour government, specialising in welfare issues.

She has held Board level positions at the Ministry of Justice, the Department for International Development and the Department for Work and Pensions.  Immediately before joining Ofcom in March 2015 she was second Permanent Secretary at the Treasury, responsible for overseeing the public finances.

She is married to Robert Chote, Chairman of the Office for Budget Responsibility.

Hermann Hauser is a technology entrepreneur and venture capitalist, and a member of the Advisory Board on the Higher Education Innovation Fund and the UK's Council for Science and Technology.

Born in Vienna, Hermann Hauser completed a PhD in Physics at the Cavendish Laboratory, University of Cambridge, before co-founding Acorn Computers in 1978.

He founded companies in a range of technology sectors, including the Active Book Company,Cambridge Network Limited, Advance Displays Limited and NetChannel, which sold to AOL in 1996.

In 1997, Hermann Hauser co-founded Amadeus Capital Partners Ltd, a venture capital company, which financed a range of projects including Solexa, a next-generation DNA sequencing technology which sold for over $600M.

He is a Fellow of the Institute of Physics, the Royal Academy of Engineering, the Royal Society. In 2015 was made an Honorary Knight Commander of the Most Excellent Order of the British Empire (KBE) for services to engineering and industry.