A major study has provided answers to the ways in which heather-dominated peatland can be managed, with a number of methods to choose from to help tackle the impacts of climate change and biodiversity losses. 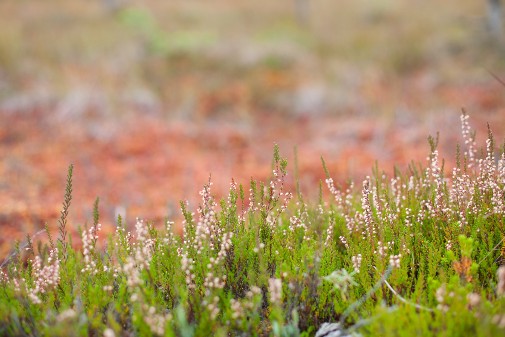 Researchers at the University of York have completed 10 years of a 20-year study that compares the impacts of different management options on key aspects for mitigating climate change, increasing water storage and quality, as well as supporting biodiversity.

Reporting at the 10-year mark, they found that heather burning, mowing or leaving it unmanaged should all be available tools that upland land managers can use, with the method being determined by the condition of that particular piece of land and particular aspects - there was no ‘one size fits all’ approach.

Healthy peatland gathers and stores atmospheric carbon, as well as retains water, providing much of our drinking water and reducing the risks of flooding in certain areas, and provides a home for many different species, including birds, butterflies, and bees.

Heathers growing on peat soil can quickly become dominant and out-of-control if the vegetation is not managed, but methods of management have been an area of debate for many years - some land-owners preferring to use fire as a method to maintain healthy growth, others using mowing, and some prefer the land left unmanaged.

The study showed that the burning and mowing of small patches of heather supported increased vegetation diversity, with increased levels of sphagnum moss, which are especially supportive of peat formation, compared to uncut plots. The study also predicted a greater number of some ground-nesting birds on burnt and mown plots, as the taller, uncut, heathers limited appropriate nesting sites.

Burning, in particular, was good for nutrient content for grazing animals but also for carbon uptake, likely due to the fertilisation that ash provides. Mowing, in particular, benefitted peat wetness to a small extent but the additional benefit only lasted a few years after mowing.

Associate Professor Andreas Heinemeyer, from the Stockholm Environment Institute at the University of York, who led the work, said: “Peatland management is extremely complex and also highly emotive. Despite their importance, it was increasingly clear there was a major lack of knowledge over the long-term impact of heather-dominated peatland management in the UK uplands.

“After ten years our ongoing study on peatland management is finally providing some of the answers on how heather burning compares to mowing or uncut approaches. Concerns around burning, for example, are often focused around the large emissions from fire, but we found that whilst carbon loss from the burnt areas is higher in the short-term than from mowing, it then falls as vegetation regrows and takes up a lot more carbon.

“From mowing you lose a lot of carbon in the long-term as the brash decomposes, which confirms previous modelling studies. There is a growing body of evidence that burning management approaches can play a more important role in carbon sequestration than previously thought.

“After about six years the predicted carbon balance for the burnt plots showed a carbon sink and over the 10 years it absorbed more than twice the carbon compared to mown areas.

“If we compare this to unmanaged heather areas, we find that although they soak up most carbon over the course of our study, over time as the heather ages, it becomes less efficient in taking up carbon and these areas also get drier, allowing microbes to decompose the peat. As a result, uncut areas absorb less than half the levels compared to at the start of our project.”

The study also looked at the increasing threat of wildfire in the UK and its consideration on management techniques. Although there are some initial benefits to allowing heathers to grow unmanaged, it dries out the peat and comes with the very real risk of them catching fire due to the warmer and drier summers. These unpredicted and therefore unmanaged wildfire events can result in threats to wildlife and huge carbon losses when the fire burns into the peat.

Dr Heinemeyer said: “Ultimately what this means is that there is no one management system that all landowners should use, but we now know that there is a choice and evidence to support those choices, which has been lacking previously.

“A landowner, for example, may chose to leave areas of heathers unmanaged on very wet ground and where heathers are still at the right height to support wildlife, as well as the right age to support enough carbon capture, but this can change quickly, given the unpredictability of our current climate.

“Other tools, therefore, such as burning and mowing could also be used in suitable locations and at appropriate times in the heather’s lifecycle, with landowners considering the likely impacts and benefits depending on site conditions.”

The report to the project, initially designed in response to a Natural England and DEFRA request for research, is published here, with more information found on the project website.