The authors of an article published in Nature Food say the Government’s Food Strategy fails to deliver the system-wide change that is urgently needed. 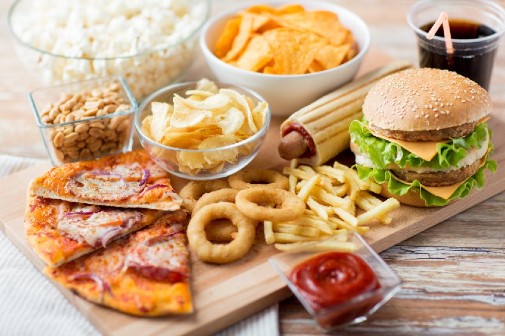 Written by experts from the Transforming UK Food Systems Programme, including from the School for Business and Society at the University of York, the authors say a whole-systems approach to the challenges of food security and sustainability is needed.

While the Government Food Strategy has some positive features, the authors argue it fails to acknowledge the scale of the challenge we are facing, which amounts to “an existential crisis in climate change and food-related diseases”.

Co-author of the comment, Professor Bob Doherty, Dean of the School for Business and Society at the University of York, said: “There has never been more focus on food systems and the National Food Strategy provided a comprehensive evidence base for action. However, Government yet again has failed to use the range of policy tools at its disposal to tackle the substantial economic and social costs of dietary ill-health”

Henry Dimbleby’s Independent Review of the UK food system was published last year, providing what he called a ‘once-in-a-lifetime’ opportunity to reshape the food system.

Of the Independent Review’s 14 proposals, only one is fully addressed in the Government’s Strategy (Recommendation 5 on funding for children’s holiday activities and food programme) and even this is a previous commitment, announced in December 2021.

The authors state that the most prominent among these absences is the proposed tax on sugar and salt. The Dimbleby Review recognised this as the policy with the greatest potential to stimulate system change and break the “junk food cycle”.

Its absence from the Government Food Strategy signals both a lack of engagement with the evidence and a lack of ambition with regard to achieving their goals, the authors argue.

Similarly, while Dimbleby set a clear target to reduce meat consumption by 30 per cent over the next ten years, the Government Food Strategy makes no such commitment.

The authors criticise the Government’s failure to include interventions on areas of evidence identified by the Dimbleby review, including the food system’s contribution to biodiversity loss, deforestation, drought, freshwater pollution, the collapse of aquatic wildlife and climate change, and the adverse effects of highly processed food on human health.

They state that the Strategy takes “a piecemeal approach with only lip service to Dimbleby’s systemic analysis”, lacking a joined-up, systems-based approach and failing to address the scale of the problems with the urgency required.

The comment is available to read in full here.