Scientists have discovered how to significantly improve the sustainability of the sugarcane industry by turning a major by-product into a valuable chemical used in food, medicines and cosmetics. 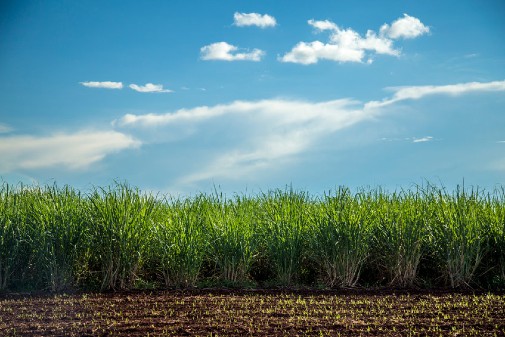 In a project carried out in partnership between scientists in the UK, including from the University of York, and Indian and UK companies, researchers found a way to turn bagasse - the fibrous material left after crushing the sugarcane plant - into citric acid.

India is the world’s second largest producer of sugar, and the industry is one of the largest rural employers. However the industry generates significant industrial waste in the form of bagasse. This biomass is currently burnt to power the sugar factories, but this process is inefficient and does not use all of the available bagasse.

Professor Simon J McQueen Mason from the Department of Biology at the University of York said: “To assess the economic potential of this process, the next step is to attract further investment to carry out processing trials at 100L scale. If that goes well, the Indian sugar company Natems Sugars are very interested in building a factory to run this process, which would be the first of its kind in the world.”

Scientists on the project, which received £1.8 million in funding from the Newton Bhabha Fund, discovered that pre-treating the bagasse by warming it and adding a dilute alkaline solution breaks down the fibrous structure of the biomass making it easier to handle and for chemicals to interact with it.

The researchers and industry experts then optimised this process, developing a bespoke enzyme cocktail that breaks down the bagasse into a mixture rich in sugars.

A fungus called Aspergillus is then added to this sugary mixture. The ability of the fungus to feed on the sugar and turn it into citric acid was extensively studied and optimised during the project by researchers and the whole process was put together and tested at a larger scale using state-of-the-art facilities at the Biorenewables Development Centre.

Dr Deborah Rathbone, Bioscience Innovation Team Leader, Biorenewables Development Centre said: “We have shown in this project that we can use the sugars from this waste product to produce citric acid. This versatile chemical has applications in a number of different sectors, such as food, pharmaceutical, cosmetics and so on, because it’s generally regarded as safe and a material that can be eaten.”

Dr Ramnath Nandakumar, Managing Director, Natems Sugars added: “We now want to take the project to the next step in terms of scale up and commercialisation. If this is successful, Natems’ ultimate goal would be to build a factory to run this process which would be the first of this kind, both in the world and in India.”

The Newton-Bhabha Fund is a programme funded by the Biotechnology and Biological Sciences Research Council (BBSRC) and the UK’s innovation agency, Innovate UK, both part of UK Research and Innovation (UKRI), as well as the Department for Biotechnology (DBT) India.