Ey up! Northern dialects are holding their own, study shows

Southern dialects may be spreading across the UK, but the North is pushing back in some areas, new research has shown. 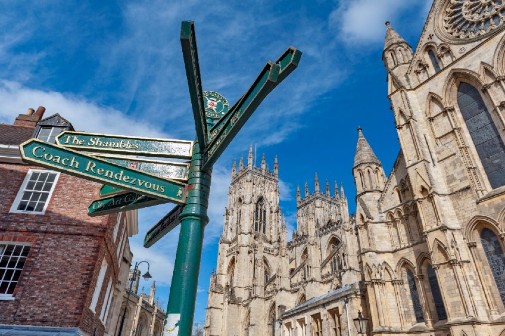 The research by the University of York, Lancaster University and New York University surveyed over 14,000 native English speakers and compared how they speak today with findings from similar studies 70 years ago.

The survey mapped people’s responses to questions about pronunciation, grammar and use of certain words against where they lived between the ages of four and thirteen, the period during which we acquire language and develop our way of speaking.

The researchers found that one of the dialect features that has been creeping northward is the pronunciation of the vowel in ‘cut’ or ‘foot’. In the North of England, these two words are more likely to rhyme, but they are pronounced differently in the South and have been since the middle of the 17th century.

The research found that the boundary between these two pronunciations has moved north, with counties in and around the Midlands such as Gloucestershire, Herefordshire, Worcestershire, Oxfordshire and Northamptonshire changing from a ‘northern’ to a ‘southern’ form since the 1950s.

The researchers also found a surprisingly high proportion of speakers in the North of England now adopting a southern pronunciation of these words – possibly led by younger speakers who have become more geographically mobile in order to access university education.

The study also reveals that while southern dialects are generally becoming more widespread, a few northern pronunciations are also now spoken across a wider geographical area than before.

Dr George Bailey, from the University of York’s Department of Language and Linguistic Science and one of the authors, said: “Dialect is a crucial part of people’s identity and although we are seeing some loss of distinctiveness, it’s unlikely to be lost completely, even as people become more mobile. In fact, the movement of some populations may underpin the spread of some dialect forms to new areas.”

Whether speakers pronounce the ‘g’ in both ‘finger’ and ‘singer’ is another key dialect marker, with a silent ‘g’ in singer now the most common form. In the 1950s, speakers who articulated the ‘g’ in both words were mainly in the North West of England and the West Midlands. The new survey found that this pronunciation is spreading beyond its traditional limits, into Herefordshire, Preston, the Ribble Valley, and Nottinghamshire.

Similarly, the survey found that the use of ‘lolly ice’ rather than ‘ice lolly’, thought to be exclusively found in Liverpool, was now common across North Wales as well.

Dr Bailey said: “Although there has been some loss of distinctive elements between different forms of English over the last 70 years, our research confirms that the UK has retained much of its rich variety of language. I don’t think there’s any risk of us all sounding the same any time soon.”

This research is published in the Journal of Linguistic Geography.