A song co-created by artificial intelligence and researchers from the University of York has reached the final of the AI Song contest. 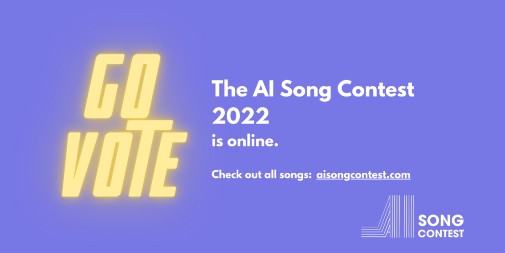 “Nobody New” is a blend of hip-hop with AI algorithms for lyrics and audio-sample generation. It is one of 15 songs to be shortlisted in the international competition exploring the use of AI in the songwriting process.

The team behind the song is made up of New York music artist G-Zone (aka Alex Gonzalez) and Rebel Algorithms - a group of researchers from the University’s Department of Music.

Dr Jack McNeill, Jemily Rime, Mark Hanslip, and Dr Tom Collins have research interests in AI for music analysis and generation, AI-driven audio production, and dance and club music scenes. They are all music makers or performers in some capacity too, spanning a wide variety of genres and styles, including hip-hop, indie, jazz, electronic dance music, and contemporary classical.

Dr Tom Collins from the Department of Music at the University of York said: “We are really pleased to have reached the final of this international competition and hope our song helps to increase understanding of how humans and AI can work together to aid the creative process and produce great music.

“The lyrics of ‘Nobody New’ contemplate the infiltration of AI into our daily lives and are a mixture of complete lines generated by AI, as well as lines created by humans, inspired by AI output.”

For the vocals on the track, the researchers trained models to produce short excerpts of spoken and sung audio by G-Zone and York PHD student Jemily. The models generated meaningless sequences of syllables and words, while still capturing the essence of each voice. They also provided audio content that forms the song's main hook and embellishes the beats.

Voting for songs is open until 30th June and the winners will be announced at an award ceremony due to take place on 6 July.

To vote for “Nobody New” by G-Zone feat. Rebel Algorithms visit: https://www.aisongcontest.com/participants-2022/g-zone-feat-rebel-algorithms