Students at the University of York have been fundraising and gathering essential aid items to support Ukrainian refugees. 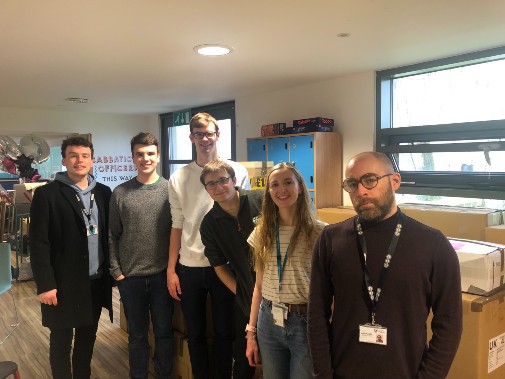 The YUSU team have been collecting donations from staff and students to help the people of Ukraine.

The University of York Students’ Union (YUSU) appealed for students and staff to donate essential items, including toiletries, clothing and food, as the war forced thousands to flee their homes.

The union also asked people to donate to the Red Cross and the UN Refugee Agency to support those most in need.

The YUSU team sorted through the donated items and filled over 70 large boxes of items to be sent to Ukrainian refugees affected by the crisis.

"We have been inundated with donations, thanks to the generosity of our community. York students, like many members of our local community, have been working together to give clothes and toiletries to refugees, as well as making financial contributions to the Red Cross.

"I'm pleased that our University is actively looking at how we can prepare for the arrival of Ukrainian refugees as part of us being both a University and a City of Sanctuary."

Additionally, YUSU will attend an event on Saturday to show support and solidarity with the people of Ukraine. The 'York Stands with Ukraine in Show of Solidarity' event will also be attended by the Amnesty International Society, Rachael Maskell, MP for York Central, Julian Sturdy, MP for York Outer, The Lord Mayor of York, the Archbishop of York, Human Rights City, City of Sanctuary, and other York leaders.