When people stop taking antidepressants after a long period of use, more than half (56 per cent) experience a relapse within a year, compared to 39 per cent of those who stay on medication, a new study shows. 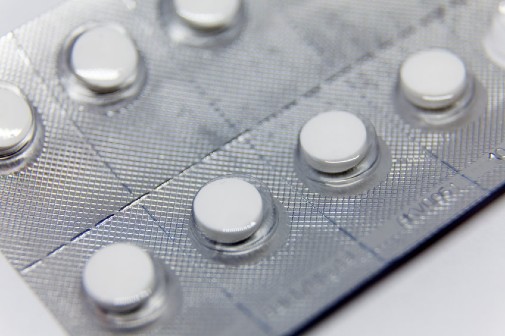 The research team -  involving academics from the University of York and Hull York Medical School, working in collaboration with University College London -   say their study can help doctors and patients to make an informed decision together on whether or not to stop their antidepressants after recovery from a depressive episode.

The study is the first publication from a large trial of people taking antidepressants for multiple years in primary care.  It has been published in one of the world's leading medical journals, the New England Journal of Medicine.

Professor Simon Gilbody from Hull York Medical School and the Department of Health Sciences at the University of York led the Yorkshire arm of the study.

He said: “This is – by some margin - the most informative research to have been undertaken in this vitally important area.  These results allow people who have experienced depression to understand the likely consequences if they chose to continue or stop their antidepressant medication.

“We are delighted that people in Yorkshire were able to contribute to this world leading research programme.  This trial can inform the care for large numbers of people treated in the NHS.”

The National Institute for Health Research-funded study involved 478 primary care patients in England who had been taking long-term antidepressants and who felt well enough to consider stopping.

In a randomised controlled trial, half of the study participants stopped taking their medication and half continued. Those who discontinued their antidepressants were given reduced dosages for up to two months as part of a tapering regime, before being given placebo pills only.

Over the following year, 56 per cent of participants who discontinued antidepressants experienced a relapse (a new episode of depression), compared to 39 per cent of participants who kept taking them. Of the 56 per cent who experienced relapse after discontinuation, only half then chose to return to an antidepressant prescribed by their clinician. The researchers say that some relapses, as well as possible withdrawal symptoms, might not have been severe enough for the person to decide they needed to return to their medication.

Those who discontinued their antidepressants were more likely to experience withdrawal symptoms. Despite this, by the end of the study, 59 per cent of the discontinuation group were not taking antidepressants.

Lead author Dr Gemma Lewis from University College London (UCL)  said: “Prescriptions of antidepressants have increased dramatically over recent decades as people are now staying on antidepressants for much longer. Until now we didn’t know whether antidepressant treatment was still effective when someone has been taking them for many years.

“We have found that remaining on antidepressants long-term does effectively reduce the risk of relapse. However, many people can stop their medication without relapsing, though at present we cannot identify who those people are.”

“Our findings add to evidence that for many patients, long-term treatment is appropriate, but we also found that many people were able to effectively stop taking their medication when it was tapered over two months.

“As 44 per cent of those who discontinued their antidepressants did not relapse after a full year, our findings suggest that some patients might decide to stop their antidepressant, knowing the risk of relapse, but we recommend discussing this with your doctor.”

The study involved researchers from UCL, the Universities of York, Southampton and Bristol, and McMaster University in Canada.

The study is the first publication from a large trial of people taking antidepressants for multiple years in primary care.

The paper, “Maintenance or Discontinuation of Antidepressants in Primary Care,” is published in The New England Journal of Medicine.