Professor Simon Gilbody is Founder & Director of the Mental Health & Addictions Research Group (MHARG) at the University of York.  He also teaches medical students in the Hull York Medical School (HYMS), where he is a member of the Centre for Health and Population Sciences.  Follow @SimonGilbody ORCID ID 0000-0002-8236-6983

Simon is a leading health services researcher & population scientist. He held a Fellowship with the Medical Research Council (1996-2000) and completed his Doctorate (DPhil 2001) on screening and outcome measurement in mental health. He remains distrustful of screening as a strategy to improve population mental health, and continues to publish & speak on this topic.  His research draws upon his clinical background; having studied Psychology before completing training in Medicine, Psychiatry and Cognitive Behaviour Therapy. Simon was awarded a personal chair (Professorship) in Psychological Medicine by the University of York in 2008.

As the lead for mental health research in the University of York and HYMS, Simon has generated competitive research income of £40M. Simon was one of the first 100 NIHR Senior Investigators appointed in 2008, and served as Deputy Chair to the NIHR Health Technology Commissioning Board (2017-20). A long-standing contributor within the Cochrane Collaboration, Simon is an Editor with the Cochrane Common Mental Disorders Group. As lead for mental health in the Yorkshire and Humberside Applied Research Collaboration (ARC), Simon oversees a programme of successful NHS-academic collaboration under the Direction of Professor John Wright and the Bradford Institute for Health Research.

Three recent examples of his work include:

Optimising the management of depression in the presence of long term physical health problems.

Depression often co-exists with long term health problems and is a ‘silent killer’. Simon has shown that collaborative care is effective and efficient for older people in the UK (the NIHR CASPER+ trials). With Prof David Ekers he co-leads the NIHR MODS programme to evaluate the use of behavioural activation in the presence of multi-morbidity (2018-22).

‘An ounce of prevention is worth a pound of cure’.  Simon and his York colleagues hosted the 2019 Global Consortium for the Prevention of Depression.  His contribution to knowledge in prevention comes from the first UK CASPER trials, funded by NIHR and published in JAMA in 2015.  The first CASPER trial showed that depression can be prevented in older people using simple telephone-delivered behavioural activation.  We have since explored this in a number of trials in the UK, Australia, South America and South Asia.

In response to the COVID pandemic of 2020 Simon leads a consortium of researchers to mitigate the psychological impacts on those who are forced to self-isolate.  The Behavioural Activation for Social IsoLation (BASIL-C19) trial is the first mental health interventional study to be adopted as an Urgent Public Health (UPH) priority by the NHS, and (in mid-2020) is recruiting across the UK.  We will learn if depression and loneliness can be prevented or mitigated in the face of the pandemic.

Improving the physical health of people with sever e mental illnesses (SMIs) such as schizophrenia.

This is the most profound health inequality in mental health services, and is driven by the complex interplay of social determinants, health risk behaviours and a ‘syndemic’.  Smoking is an important source of health inequality, but the epidemic of smoking in mental health services has been historically-ignored.  Simon led the first UK trials of smoking cessation (the SCIMITAR trials).  His team have shown that people with SMI can quit effectively, and that quit smoking services are cost-effective.  Simon continues to work with colleagues to tackle the smoking epidemic in mental health.  He co-leads the £2.6M NIHR SCEPTRE inpatient smokefree mental health programme with Dr Elena Ratschen, and has worked with Action on Smoking and Health (ASH) to produce videos with experts by experience.  This is a challenging, but rewarding, area in which to research & innovate.

The Yorkshire and Humberside ARC also tackles health inequalities for people with severe mental ill health and Simon leads the £1.2M UKRI ‘Closing the Gap’ Network+, to develop innovative solutions (such as greenspace, creativity and the use of digital tech).  Underpinning the York-led research programme in this area is an interventional cohort of 10,000 (and counting) people – known as the Closing the Gap Cohort - led by Dr Emily Peckham and her team.  In 2018 the MHARG work in this area was extended to South Asia, with the formation of the NIHR IMPACT Global Trials Group, which Simon leads with Professor Najma Siddiqi.

Simon is Chief Investigator and co-investigator on the following publicly-funded projects. There are links to each of these projects if you would like to find out more:

Simon is an experienced trialist, and has led some of the largest pragmatic trials in mental health.  His trials have shown what works and what does not work, influencing practice and policy.

The CASPER Trial: this large scale trial of telephone-delivered integrated care for older people at risk of developing depression. The results were published in JAMA and we showed that depression can be prevented. The trial was led by York (Chief Investigator Gilbody), and recruited in Leeds, Durham and Newcastle. Commissioned by NIHR HTA (ISRCTN02202951)

The CASPER+ Trial: is a sister trial of telephone-delivered integrated care for older people with clinical depression. This was the first large-scale UK study of Collaborative Care for older people (Chief Investigator Gilbody). We showed that collaborative care is clinically and cost effective. Funded by NIHR HTA (ISRCTN45842879).

The REEACT 1 trial: the largest UK trial of computerised Cognitive Behaviour therapy (CBT) for adults with depression. We showed that the uptake of computer therapy is low, and that cCBT conferred no additional benefit when added to routine primary care. The trial was led by York (Chief Investigator Gilbody), and recruited in York, Hull, Manchester, Sheffield and Bristol. Commissioned by NIHR HTA (ISRCTN91947481)

The SCIMITAR trials: the first UK (and largest ever worldwide) trial of a specialist smoking cessation service for people with severe mental illness. This NIHR trial was led by York (Chief Investigator Gilbody), and recruited across the UK.  SCIMITAR shows that a tailored smoking cessation intervention is effective in the short term and in enabling longer term quitting.  Smoking cessation is always good VFM to the NHS, since it prevents downstream health problems.  However the additional investments in smoking cessation by mental health services has been shown to be cost effective in the SCIMITAR economic evaluation. Funded by NIHR HTA (ISRCTN79497236).

Also co-instigator and recruitment site on; the OCTET trial of OCD (ISRCTN73535163); the COBRA trial of behavioural activation for depression (ISRCTN27473954); the MRC CADET trial of Collaborative Care for depression (ISRCTN32829227), the NIHR PANDA trial of SSRIs in primary care (ISRCTN84544741); the NIHR REDUCE trial on the role of maintenance antidepressants in primary care (ISRCTN15969819).

Closing the Gap: Health Cohort. We have assembled a large clinical cohort (n=10,000 in mid-2020) of people with severe mental ill health. This unique resource examines health risk behaviours, social circumstances, environment and health. Participants are offered the opportunity to partake in observational & qualitative studies, and trials of behavioural interventions (including the SCMITAR smoking cessation trial and the NIHR DIAMONDS Programme on diabetes and SMI).  We are using the CtG Cohort to understand the impact of COVID on people with SMI.  The cohort is supported by a mixed economy, including the Wellcome Centre for Future Health, UKRI and the YH-ARC. 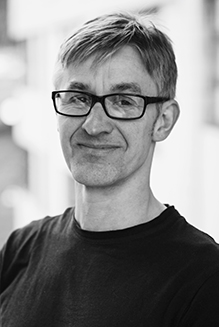