Former smokers with mental health conditions have shared their inspiring journeys on how they conquered their addiction in a series of powerful short films. 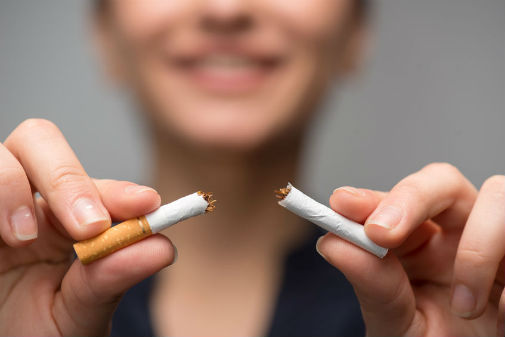 Following support from the national charity Action on Smoking and Health (ASH), the University of Bath and the University of York, they produced the five films which are being shared in the hope that other people will be encouraged to quit smoking.

Campaigners say more help is needed to support those with mental health conditions to give up smoking.

NHS figures show that people in the UK with mental health conditions are two to three times more likely to smoke, compared to the rate among the general population.  Smoking is associated with an increased risk of major depression and other mental health conditions.  The financial costs of smoking are also huge; costing people many thousands of pounds per year.

The videos follow the journeys of five people who are giving up smoking and experience conditions including anxiety, depression, schizophrenia and eating disorders. Some of them had taken part in a study led by the University of York where they were offered a quit smoking support package specifically-designed for people who use mental health services. The study called the SCIMITAR trial has shown that people can double their chances of successfully quitting with the right level of support in place.

Professor Simon Gilbody, Director of Director of the Mental Health and Addictions Research Group at the University of York and Hull York Medical School said: “These stories are inspiring, and we now have high quality evidence to show that it is possible for people who use mental health services to quit smoking”.

Dr Emily Peckham, senior research fellow at the University of York, who managed the SCIMITAR study and helped to prepare the videos, added “The benefits of giving up smoking are enormous. People feel better, and they have more money when they are able to quit.

“Our message is that you should ask for help, since supported quit attempts are more likely to be successful. Unfortunately many people who use mental health services are not told about the benefits of quitting.  We hope these videos will help trigger more discussion as it’s never too late to give up.”

Deborah Arnott, CEO of Action on Smoking and Health said:

“At the turn of the decade we are encouraging smokers to try a New Year quit attempt to help improve their mental and overall health. Mental health staff have a pivotal role to play and they should take every opportunity to help their patients quit. The ex-smokers in the films show that people with mental health conditions can quit smoking with the right support, but also that all too often that support is lacking.”