Transition to low carbon economy must be inclusive, say researchers

The success of measures aimed at reducing the impact of climate change depend greatly on place, time and social contexts, according to a new policy briefing involving a University of York academic. 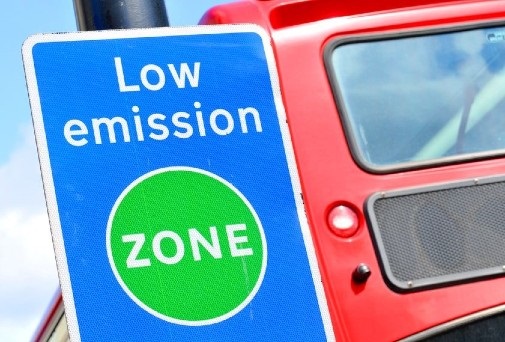 Experts from the COP26 Universities Network, a group of more than 40 UK-based universities working to deliver the aims of the UN Climate Summit, argued that the costs of some climate change policies can exacerbate social inequalities if local communities are not involved in the decision making.

The briefing paper, co-authored by University of York Geographer and Urban and Regional Planner, Dr Joshua Kirshner, discussed the importance of policy being developed in partnership with communities, to help ensure that the costs and benefits of ambitious climate action are shared in a fair and equitable way.

Dr Joshua Kirshner, from the University of York’s Department of Environment and Geography, said: “There tends to be ‘bind spots’ in the way we understand the effects of climate change and related policy responses. The most marginalised communities can be the ones that lose out the most, often due to the high costs of implementing low-carbon measures in the local community.”

“Moving energy production and distribution closer to the end-users is one way of empowering communities to develop local energy resilience to disasters and extreme events, as opposed to central government making blanket decisions for all areas, giving advantages to some but not others.”

Dr Tom Pegram, from University College London (UCL), co-lead author of the briefing, said: “The individuals, households and communities that stand to be most negatively affected by decarbonisation policies are often already losing out in existing socio-economic arrangements.”

Dr Kirshner also argued that policymakers could learn from the success and failures of other countries around the world, including those with varying political coalitions and orientations, when developing climate change measures for the UK.

He said: “A growing number of countries, such as Costa Rica, Cuba, Canada, Germany, New Zealand, South Africa and Spain, have legislated on a just transition to a low carbon economy, creating task forces and incorporating social concerns into long term policy planning.

“Sub-national policy experimentation, such as in the US state of California, also provides examples for enabling complex, large-scale transitions. These are places that we can look to in order to scale-up success in the UK.”

Researchers argue that although there is no ‘silver bullet’ approach to delivering a just transition to net zero, they have identified a number of tools for policymakers to meet targets whilst also upholding social justice. These include more democratic engagement platforms, such as Citizen Assemblies, and independent / interdisciplinary research across climate, energy and environmental justice to inform effective policy, as well as establishing independent advisory bodies.

Professor Simone Abram, from the University of Durham, co-lead author on the briefing, said: “Future decarbonisation might be expensive in the short term for manufacturing industries and transport services, even if the longer-term benefits are enormous, so now is the time to rethink our goals.”

“Given the scale and urgency of the changes we need, we have to stay focused on the need to ensure that the benefits of the transition to a low carbon economy can be shared by all.”