Marine life has returned at dramatic levels to an area of water off the west coast of Scotland where fishing has been prohibited, a new study from the University of York shows. 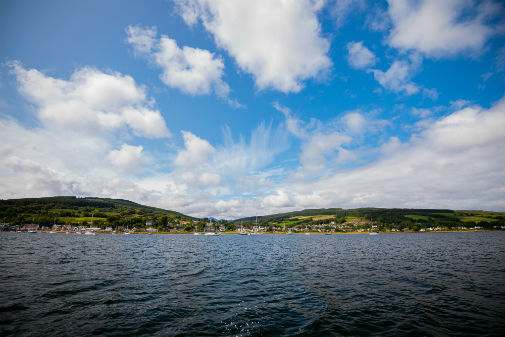 Numbers of some species have increased by nearly four fold  since the community-backed ‘No Take Zone’ project off the coast of the Isle of Arran in Scotland began twelve years ago.

Authors of the study say, that at a time of unprecedented pressure on our seas, the project has kick-started a national movement to protect UK coastal waters from overfishing and loss of biodiversity.

The Lamlash Bay No Take Zone was established by the Scottish government, in 2008, after decades of overfishing. The designation means that the 2.67 sq km zone is completely protected from all forms of fishing from its waters or seabed.

The zone, the first of its type in Scotland, was the result of years of campaigning by local community group the Community of Arran Seabed Trust (COAST), who had witnessed the dramatic decline of fish stocks all around Arran.

The study, led by marine scientists at the University of York, in partnership with COAST, reveals that there are nearly four times more king scallops in the area since 2010. The size of adult scallops has also increased and more juvenile scallops have appeared.

Lobsters are also benefiting with growing numbers of larger lobsters and evidence of lobster ‘spillover’ into surrounding areas.

Dive surveys show the seabed is recovering after damage caused by fishing with trawls and dredges, with the growth of structurally complex ‘nursery habitats’ which provide refuge for marine life. 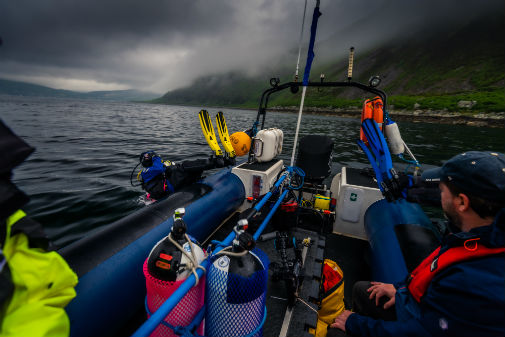 But while scientific surveys show the zone has helped to boost biodiversity and marine life, the study argues that, of more importance, is the influence the Lamlash Bay project and COAST have had on marine protection nationally and internationally.

Dr Bryce Stewart from the Department of Environment and Geography at the University of York, said:“Arran’s conservation success has been recognised internationally and is inspiring greater involvement of local communities around the UK and further afield. Evidence from Lamlash Bay has supported the development of strong protection for marine protected areas, at times seeing off lobbyist efforts to weaken management.

“Local communities around the UK have looked at the story unfolding in Lamlash Bay and - like COAST - have decided to take the destiny of their coastal waters into their own hands.

“The lesson from Arran is that with community support, strong science and political will, we can start to recover our seas.”

Some of the project’s successes include the establishment of a much larger marine protected area around the south of Arran in 2014 and COAST’s pivotal role, with Fauna and Flora International, in helping set up the Coastal Communities Network. To date this network has assisted another 15 community groups around the coast of Scotland to improve the protection of their own local waters.

Howard Wood, co-founder of COAST, said:“Our success has also been underpinned by ten years of science. With the help of researchers at the University of York, we have clear evidence that marine biodiversity in the protected area is improving. We have a solid scientific platform, which allows other coastal communities alongside the Scottish and UK Government to confidently move forward with marine reserve designation and management.

“COAST’s most important message is that any environment can benefit from better protection, and every community has the right to a better environment if they want one. If that is embraced on a global scale then we truly will see a seachange in the health of our seas.”

The paper, Marine Conservation begins at home: How a local community and protection of a small bay sent waves of change around the UK and beyond, is published in Frontiers in Marine Science.