No country is immune from the health impacts of climate change, new report says

No country will be untouched from the health impacts of climate change, a major new report involving a University of York academic reveals. 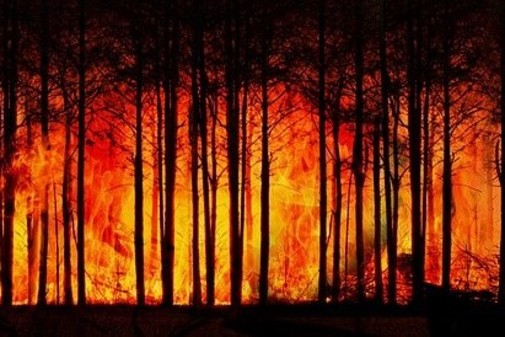 The annual Lancet Countdown Report tracks climate change and health over time and monitors commitments made by governments under the Paris Climate Agreement.

Findings of the 2020 report include:

The authors say that the recovery from the Covid-19 pandemic offers a key moment to act on climate change. Together, a joint response to these converging crises offers the chance to improve public health, create a sustainable economy, and protect the environment.

Report author, Professor Hilary Graham from the Department of Health Sciences said: “The report makes clear that climate change, like Covid-19, is affecting countries across the world.

“The toll of climate change on people's health is evident everywhere.  The report details the human cost. It describes the lives lost to heatwaves, the premature deaths from air pollution, the reduction in yields from the world's major crops like wheat, maize and rice.  At the same time, seas are warming, impairing the fish stocks on which the health and survival of many communities depend.

“In response to these unfolding threats to health, both media coverage and scientific research on health and climate change have reached record levels.  Together, they underline a growing public awareness of how our health and the health of the climate go hand in hand.”

Building on this public concern, authors of the report are calling for action by governments to protect lives, livelihoods and health systems from the dual threats of climate change and the COVID-19 pandemic.

The report examines the impact of heat and drought which is driving sharp increases in exposure to wildfires, resulting in injury and disease, and the displacement of communities. Around 128 countries have experienced an increase in population exposure to wildfires since the early 2000s, with the USA seeing one of the largest increases. The report says that by the end of the century,  projected sea level rise could threaten the displacement of up to 565 million people, exposing them to a wide range of health harms.

In 2019 the UK saw over 12 million above-baseline days of heatwave exposure affecting its elderly population. Heat-related deaths in the over-65s have more than doubled since the early 2000s to 8,500 in 2018.

A Lancet editorial published alongside the report highlights that climate change and diseases like COVID-19 - where an infectious disease jumps from animals to humans - share common drivers, making them inextricably entwined so that they must be handled together. Climate change and its drivers damage the environment through urbanisation, intensive agriculture and unsustainable food systems, air travel and tourism, trade, and lifestyles powered by fossil fuels.

Dr Richard Horton, editor-in-chief of The Lancet, said: “Now is the time for us all to take the environmental determinants of health more seriously – we must address the climate emergency, protect biodiversity, and strengthen the natural systems on which our civilisation depends. This is a moment we cannot afford to ignore. Just as we have seen with Covid-19, delayed action will cause avoidable deaths.”

Dr Ian Hamilton, executive director of the Lancet Countdown said: “The pandemic has shown us that when health is threatened on a global scale, our economies and ways of life can come to a standstill.

“This year’s devastating US wildfires and tropical storms in the Caribbean and Pacific, coinciding with the pandemic, have tragically illustrated that the world doesn’t have the luxury of dealing with one crisis at a time.”

The report – a collaboration between experts from more than 35 institutions including the World Health Organisation (WHO) and the World Bank - is published on the fifth anniversary of the Paris Agreement, when the world pledged to limit global warming to well below 2C.

The report,  Lancet Countdown on Health and Climate Change 2020 is published in The Lancet.