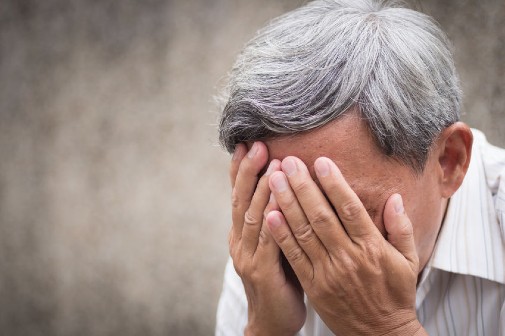 The research indicates that early access to palliative care would enhance emotional support for patients and their unpaid carers.

The research review, conducted by the University of York concludes that palliative care is commonly restricted to the last few days of life, despite MND being a terminal illness. The research which was undertaken in conjunction with St Leonard's Hospice, also indicates that early access to palliative care would enhance emotional support for patients and their unpaid carers.

The research – co-funded by charity Marie Curie and the MND Association - highlights the experiences of many people with MND who reflect on the issues they have experienced through the course of their illness, including suicidal thoughts following diagnosis.

Professor Kate Flemming, from the Department of Health Sciences, said: “To imagine that some people feel so unsupported after a diagnosis of MND that their distress may extend to suicidal thoughts is heart-breaking. It is a really hard time and this review shows that more needs to be done earlier to support people and make sure they get all the care that they and their loved ones need.

“For some people there is still a sense of ‘there is nothing more we can do for you’ around palliative care, however this is far from the truth. Palliative care is care tailored to the individual, leading to more empowered decision-making and improved management of symptoms, be they physical or emotional.”

Throughout the review, early integration of palliative care was shown to improve people’s ability to adopt coping strategies during the continuous sense of loss and uncertainty they felt, alongside bouts of low mood that extend across their whole experience with the disease.

Samantha Bolsher whose husband, David, died of MND in 2014,  assisted with the research by  commenting on her own experience as his carer.

She said: “I think having palliative support earlier would definitely make coping with MND easier. In our case it wasn't driven through any of the caregivers until it really needed to be, and with this disease and the speed at which it progresses, you are always having to play catchup.

“I think if we'd started talking about things earlier, we perhaps could have got our heads around what we were facing a little quicker.

“If this disease is treated the same as other terminal diseases and people can have access to palliative care at an appropriate time, it would give both the patient and their family valuable decision-making time. That was so important to David. When you are told that nothing more can be done and that the person you love is going to die you both want to have some say and control over how things are going to happen.”

“MND is a disease of low prevalence, but high need. This comprehensive review, covering studies from several countries around the world carried out over two decades, drills down into the real world of the many challenges faced by individuals and their families following a diagnosis of this devastating disease.”

“Given the speed at which MND can progress, care must not only be timely, to support the physical and psychological changes through the disease course, but ideally also anticipates the needs of people in advance, to avoid a crisis from occurring.

The findings of this review will serve as an important benchmark to help drive further improvements in care and support.“

Dr Adrian Tookman, Medical Director at Marie Curie Hospice, Hampstead said: “Many people I meet in my clinics, who have MND, have articulated the same feelings of a lack of control, fear around the progression of their disease and in the most extreme cases, suicidal thoughts. Thankfully the team at the hospice can help people move forward with a greater feeling of control but this is dependent on timely referrals to the right specialists.”