The missing chapter of York’s confectionery story has come to light following a donation of records from sweet-maker MA Craven and Son. 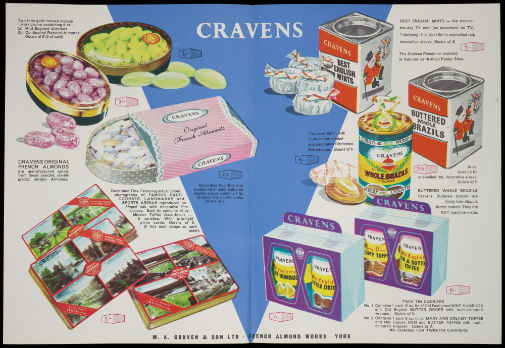 Archives from York’s other sweet-making dynasties – Terry’s and Rowntree’s – are already housed at the Borthwick Institute for Archives at the University of York.

It was thought that no records from Cravens had survived, but the donation by a direct descendant of the Craven family completes the picture.

The company, renowned for its toffees, humbugs and secret-recipe Original French Almonds, was founded in 1822 and became one of the most renowned producers of boiled sweets. It operated for over 160 years and supplied the likes of M&S, Harrods and Fortnum and Mason. 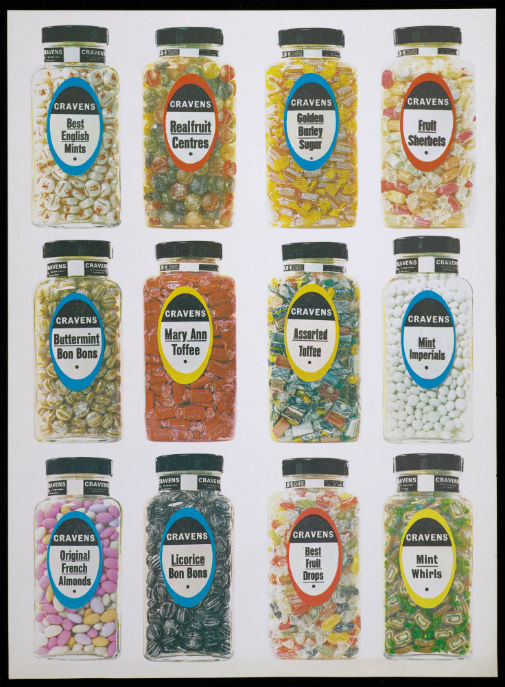 The five boxes of records, which include photographs, advertising materials, salary books and price lists, are expected to shed new light on the company’s origins and early history.

Gary Brannan, Keeper of Archives and Special Collections at the Borthwick Institute for Archives, said: “We are really excited to hold the records of all three of York’s confectionery families in our collections. The confectionery trade plays such an important role in York’s history - at one point 25 per cent of the city’s population were involved in the booming sweet industry.

“These records will be made available to the public and we will be exploring what more they can tell us about York’s role in satisfying the nation’s sweet tooth.”

The records may also reveal new information about the story of one of the City’s first successful businesswomen - Mary Ann Craven.

After the deaths of her father and husband, Mary took over the running of Cravens in the 1860s. She managed and successfully expanded Cravens at the same time as raising three children under ten and the business became synonymous with her name and formidable character.

Legend has it Mary sat on a very high wooden chair to keep a close eye on the 110 employees she had working on the factory floor.

Gary Brannan added: “Cravens was an extraordinary company in that it was run by one of the city’s first successful businesswomen. It would have been unusual for a woman to be the full force behind a large, flourishing company at that time.”

Jo Horsley, a local York resident and direct descendant of Mary Ann, donated the records. Jo was the last family member to work for MA Craven and Son, holding the post of Export Sales Manager from 1982 until 1985 when the company was sold.

Jo said: “When I worked for Cravens we were exporting thousands of tons of sweets to almost every nook and cranny of the world including Germany, America, Panama, Japan and Thailand.

“I donated the records to the University because I am the last family member to have worked in the Firm and I wanted to ensure the records ended up somewhere they’d be valued and cared for.

“The records provide unique information on the history of Cravens that’s like gold dust to anyone interested in the story of York’s confectionery trade.”

The Cravens factory was in Coppergate and, when production moved to the outskirts of York in the 1970s, excavations under the factory unearthed Viking artefacts. Jorvik Viking Centre was later created on the site.