One Planet Week: Waste plastic from science labs would fill over 100 bathtubs a year, say researchers

Researchers at the University of York have created a new system for recycling single-use plastics used in some scientific experiments. 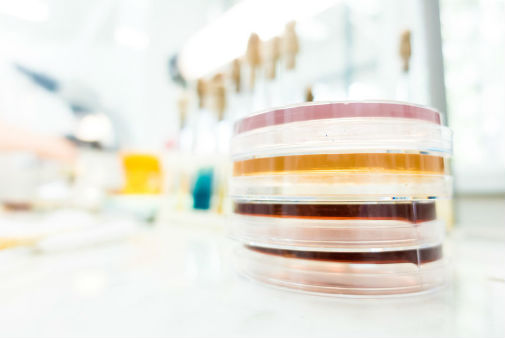 The technique will prevent one tonne of plastic, per laboratory, ending up in landfill sites each year, the research team say.

Currently, contaminated cell culture plastics are heated to kill-off remnants of human cells, bagged and sent to landfill. Other plastics, such as test tubes, that may only have held water, also have to be sent to landfill in special bags.

Most recycling plants won’t accept laboratory plastics due to their perceived health and safety risk.  Researchers at the University of York, however, have now shown that a more cost effective, simple, and energy-saving method can be employed within the lab to decontaminate the plastics for recycling.

“We believe it is our responsibility as scientists to markedly reduce our contributions to landfill sites and to educate future generations in how to do this.”

One of the first things the team did was review the types of plastics they were using and where they were coming from.  In order to recycle, labs have be using recyclable material in the first place, but many labs use multiple plastic suppliers with products made from mixed materials.

David Kuntin said: “We reduced the number of suppliers we used, which in turn reduced the need for multiple deliveries, and created a colour-coded check-list of the types of plastics we had in the lab.

“We also looked at the size of the plastic containers we were using and asked ourselves whether the larger containers were necessary for all of our experiments.

“Once we knew what we had in the lab and how much was needed, we looked at implementing an in-house ‘decontamination station’.”

The ‘decontamination station’ at the University’s cell culture laboratory has now become part of standard laboratory training for staff and students, with the opportunity for other labs in the Department to opt in.

The station is an area of the lab where plastics are soaked in a high-level disinfectant and left for 24 hours, before being rinsed in water and placed in colour-coded recycle bins ready for collection.

The process reduces the need for high-energy losses in heating the plastics in an autoclave – a pressurised heated container.

Once the team had trialled this process, the next step was to find a company that would be willing and able to recycle the plastic.

Professor Paul Genever, Group Lead at the University’s Cell Culture Laboratory in the Department of Biology, said: “There is a view that all plastics in labs are contaminated material and a potential health and safety risk, which made it a challenge identifying a company that would be able to recycle it.

“Of course, not all plastics used are contaminated, but when it is, we have shown that decontamination can be a very simple and quick procedure in the lab itself.

“Instead of hiring another company to collect the plastics, we liaised with our existing chemical waste removal company to negotiate the remove our plastic waste too.

“Once the plastics are picked up from the lab, they can be pelleted in a machine and used for a variety of other products, such as plastic chairs for example.”

The team is now working to raise awareness of their in-house recycling methods to encourage more laboratories around the world to think about their plastic waste disposal.

David Kuntin said: “Landfill has to be a thing of the past if we are going to improve our global environment so it is essential that we do what we can as scientists to ensure we are moving in the right direction.

“We are really pleased with the way staff and students have embraced this new addition to laboratory procedure. Much in the same way as people got used to recycling at home, the process in the lab is just as quick and easy.”

One Planet Week runs every year in February to celebrate sustainability research and work completed at the University of York, encouraging further action through workshops, seminars and social events. One Planet Week launches on the 11 February 2019. For more information visit: https://www.york.ac.uk/about/sustainability/get-involved/uoyoneplanet/