Whether children will enjoy academic success can be now predicted at birth, a new study suggests. 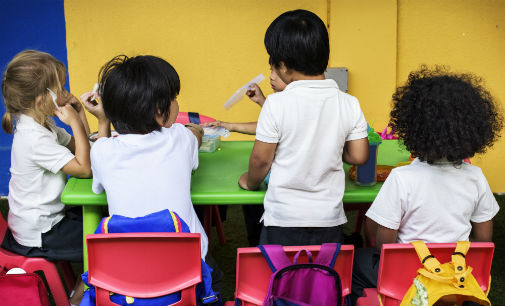 The study, led by the University of York, found that parents’ socioeconomic status and children’s inherited DNA differences are powerful predictors of educational achievement.

However, the research suggests that having the genes for school success is not as beneficial as having parents who are highly educated and wealthy. Only 47% of children in the study sample with a high genetic propensity for education but a poorer background made it to university, compared with 62% with a low genetic propensity but parents that are more affluent.

The researchers found that children with a high genetic propensity for education who were also from wealthy and well-educated family backgrounds had the greatest advantage with 77% going to University. Meanwhile, only 21% of children from families with low socioeconomic status and low genetic propensity carried on into higher education.

The findings of the study may help to identify children most at risk of poor educational outcomes, the researchers suggest.

Lead author of the study, Professor Sophie von Stumm from the Department of Education at the University of York said: “Genetics and socioeconomic status capture the effects of both nature and nurture, and their influence is particularly dramatic for children at the extreme ends of distribution.

“However, our study also highlights the potentially protective effect of a privileged background. Having a genetic makeup that makes you more inclined to education does make a child from a disadvantaged background more likely to go to university, but not as likely as a child with a lower genetic propensity from a more advantaged background.

“While the findings of our study are observational, they do suggest that children don’t have equal opportunity in education because of their different genetics and family backgrounds. Where you come from has a huge impact on how well you do in school.”

The study looked at data from 5,000 children born in the UK between 1994 and 1996.  The researchers analysed their test results at key stages of their education as well as their parents’ educational level and occupational status.

Professor von Stumm added: “More research is required, but we hope that this paper will stimulate discussion around the potential to predict if children are at risk for poor academic outcomes – the basis of these discussions goes beyond purely scientific criteria to issues of ethics and social values.

“We hope that results like these can open doors for children, rather than close them, by stimulating the development and provision of personalised environments that can appropriately enhance and supplement a child’s education.”