An astrophysicist and an archaeologist at the University of York comment on the impact of the first moon landing, as the world celebrates 50 years since the NASA space mission. 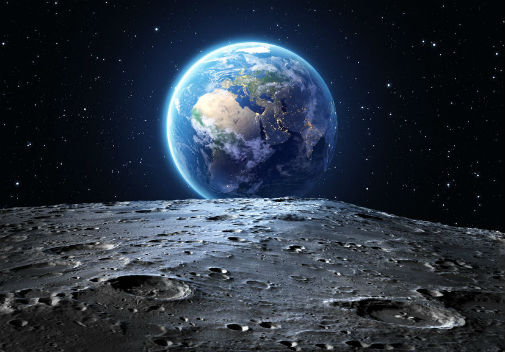 The world celebrates 50 years since the moon landing this week

Dr Emily Brunsden, Director of the University of York's Astrocampus at the Department of Physics, said: "Today, fifty years ago, the world held its breath as a Saturn V rocket containing three people pushed off the planet Earth.

"The mission became one of the most famous explorations in human history. The three men became international heros. Humanity realised that dreams can come true. We walked on the Moon.

"The context of the day was complex and conflicted. The space race was part of era when we were ambitious but also fearful. Landing on the Moon changed the way we thought about ourselves, as countries, as humans, but it also profoundly changed STEM (Science, Technology, Engineering, Mathematics) disciplines.

"The Apollo missions mark a huge change in the way we thought about science. The reaction to the huge efforts in technology and scientific discovery by the whole world was so important.

"The public watched the first steps of a man on the Moon and they thought it was wonderful. This gave scientists a huge amount of positive feedback. People said science is amazing, science is progress, science is human and, most importantly, science is worthwhile.

"'Big Science' was encouraged. We could be brave and ambitious and build the biggest telescopes; the biggest experiments to push the limits of of our understanding. Often these projects are so ambitious the technology is beyond our contemporary capability.

"Just like President Kennedy challenged the USA to go to the Moon in 1961, we continue to push ourselves further in science. We build telescopes we don't have the computing power for and plan space missions beyond what we can currently achieve. We have a long list of the challenges of sending people to Mars, and ideas on how to address them.

"But science on this scale is not feasible to be done by just one nation. The United States of America landed on the Moon, but scientific developments were subsequently shared by the whole world.'Big Science' became possible with large consortia of international groups.

"NASA and ESA regularly partner on projects. We build huge accelerators like CERN that have dozens of countries involved. We are planning a new grand class of telescopes tens of metres across which bring together international universities, governments and research institutes. The majority of the money for these projects comes from the public.

"The world has very much changed since 1969. Science has been opened up to the general population and we feel overwhelming support. New discoveries such as tiny elementary particles and pictures of black holes make front-page news. The scientists involved become social media stars.

"I feel privileged to be a scientist in this time and feel valued by a 'glocal' society. The Moon landings changed the world and changed science and we should all be very proud of that."

Space Archaeologist Dr Alice Gorman, Honorary Visiting Fellow in the Department of Archaeology, said: "The boot prints left behind 50 years ago when humans set foot on the moon are as culturally significant as the 3.6 million year of Laetoli footprints preserved in volcanic ash in Tanzania.

“Analysing these bootprints 50 years on can tell us about physical adaptations necessitated by walking in low gravity – which will make an interesting comparison with the traces left by future crewed missions.

“As technology continues to develop who knows what other secrets we may be able to unlock from our original visit.

“One thing is for certain - the next 50 years of human spaceflight won't be anything like the past 50 years. With the privatisation of space travel barrelling along, we need to ensure we cooperate to protect this valuable heritage, so that new “firsts” in space travel don’t obliterate preceding “firsts” from which we still have much to learn.

It’s likely that a lunar tourism industry may develop as the cost of getting to the Moon comes down – and Apollo 11 will be high on the list of places to see. As the site is so fragile, any visitation will have to be highly regulated.

“It’s no longer just about World Heritage – these sites are our cosmic heritage of the future."