David Cameron rudest prime minister at PMQs, according to study

Research analysing Prime Minister’s Questions (PMQs) over a period of nearly 40 years has revealed that David Cameron personally insulted the leader of the opposition more than any other prime minister. 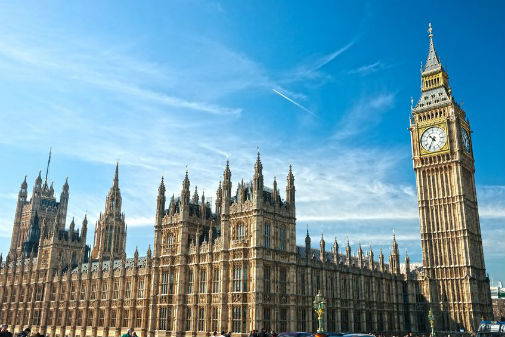 The mud-slinging, point-scoring and evasive answers at PMQs have led to public frustration.

Two studies, by researchers at the University of York, have found that the level of personal insults used by Cameron peaked in 2015. At this time almost 62% of his replies to leader of the opposition Ed Miliband contained a disrespectful comment.

However, Cameron’s attacks reduced significantly to just 20% towards the end of his time in office when responding to questions from Jeremy Corbyn.

The research suggests this may have partly been due to a new approach to PMQs introduced by Corbyn, which included questions to Cameron sourced from members of the public.

Established in the 18th century, PMQs form an important part of the democratic process by providing an opportunity to hold government to account.

However, in practice, the mud-slinging, point-scoring and evasive answers that have played out on TV since 1989 (and now across social media) have led to public frustration.

For the studies, the researchers devised a coding system to evaluate the levels of personally insulting language between the PM and the leader of the opposition in PMQs held between 1979 and 2016. Transcripts of PMQs from this period, which covers the early and latter premiership periods of Thatcher, Major, Blair, Brown, and Cameron, were analysed.

The studies – one looking at personal attacks during PMQs and the second examining the impact on personal attacks of Corbyn’s “public questions” approach – only took into account comments that were personally disrespectful from the exchanges between the PM and the Leader of the Opposition.

Lead author of the studies, Dr Maurice Waddle from the Department of Psychology at the University of York, said “PMQs is notorious for its antagonistic language – a feature which has drawn praise from some commentators, but may not be so popular with the general public.

“For the majority of respondents in focus groups, watching MPs behaviour in PMQs fostered negative perceptions of parliament and damaged its reputation.

“In our study, we found that Corbyn’s method of putting questions from the public to Cameron made no significant difference to whether or not he answered the question, but it seems clear that they prompted a more respectful discourse in PMQs, rather than verbal mud-slinging.

“Arguably, this style of questioning might have inhibited personal attacks by the PM, because, as a democratically elected politician, he would not want to be seen to be responding to the legitimate concerns of members of the public with insults.”

The researchers note that there may also be other factors associated with Cameron’s reduced level of personal attacks on Corbyn.

The results of the study showed that Corbyn was one of the least disrespectful leaders of the opposition across the 37 year period and it is plausible that Cameron’s reduced aggression may have been a case of reciprocal politeness. Towards the end of his premiership, the two politicians were also campaigning on the same side of the EU referendum debate and low poll ratings for Labour at that time may have prompted the view that personally attacking Corbyn across the dispatch box was not in the interests of the Tory party.

Waddle added: “Broadcasting and reporting on leaders’ performances has escalated with the growth of social media. These factors will have increased the likelihood for party leaders to indulge in ‘playing to the crowd’ behaviour, conscious that personal damage inflicted on their opponent will receive nationwide attention.”